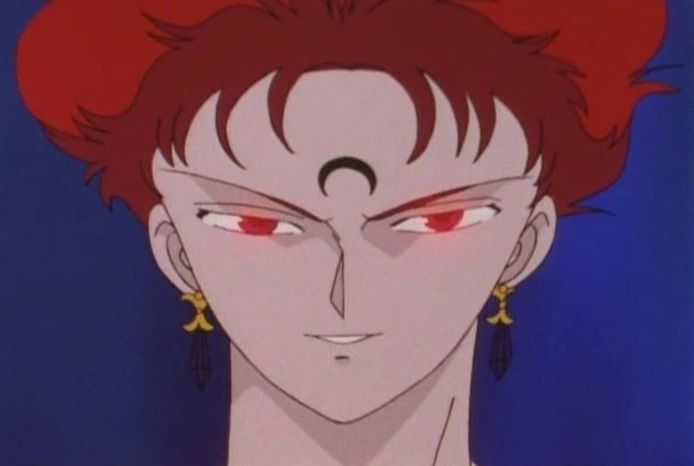 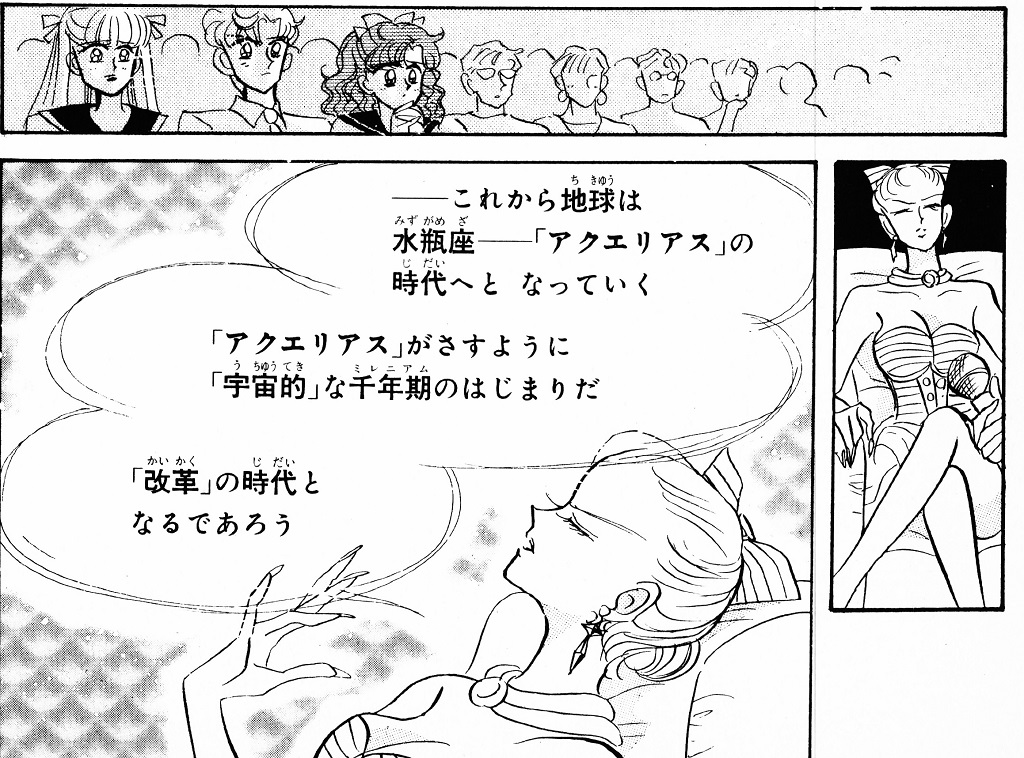 In case you don’t remember the scene – and who can blame you? – let me set the stage:

It’s Act 5 of the manga and Calaveras is up on stage doing a live channeling. She’s channeling Rubeus, who addresses the world to tell them of their impending doom as Rei’s classmate, Kotono Arashina, Asanuma, and everyone’s BFF Naru watch in horror.

Anyway, I digress. So Rubeus basically goes on to say about how the world is coming to an end, blah blah, bad things await. I’m not sure how the other English versions have handled this scene, so I’ll give you my translation here.

The world is about to enter the Age of Aquarius. As indicated by Aquarius, the thousand-year space age will begin. This will be an age of reformation.

We will reform the earth, and put it on the right path. You must not believe those of the “white moon.” Those who possess the mark of the white moon will bring catastrophe to the planet, using the Silver Crystal!

Do not believe the White Moon. Smash the Silver Crystal!

Entrust the planet and its future to the Black Moon!

So with that out of the way, we can now get back to our question of what the heck is the Age of Aquarius and what was Rubeus talking about?

Well, as Wikipedia kindly tells us:2

So that tells us kinda what we want to know, but not quite. While the whole Age of [Enter Star Sign Here] is relevant to all star signs in that they are associated with a time of growth, destruction, invention, or drastic changes, it turns out that Aquarius in particular has a slightly deeper meaning, even if it isn’t quite as insidious as Rubeus seems to think.

Before we can get to that, first we need to talk about where the phrase even comes from.

The pop cultural use of the expression traces its roots back to the 1960s and the hippie and New Age movements, and particularly to the song “Aquarius” from the 1967 rock musical Hair.3 The song borrows from a wide variety of astrological concepts, and includes the line “This is the dawning of the Age of Aquarius.”4

With that out of the way, it’s probably a good idea to now get to why it is that the Age of Aquarius is seen as special, and why it’s not just any other age the people picked up on. After all, they just mark the coming or going of another astrological cycle, right? 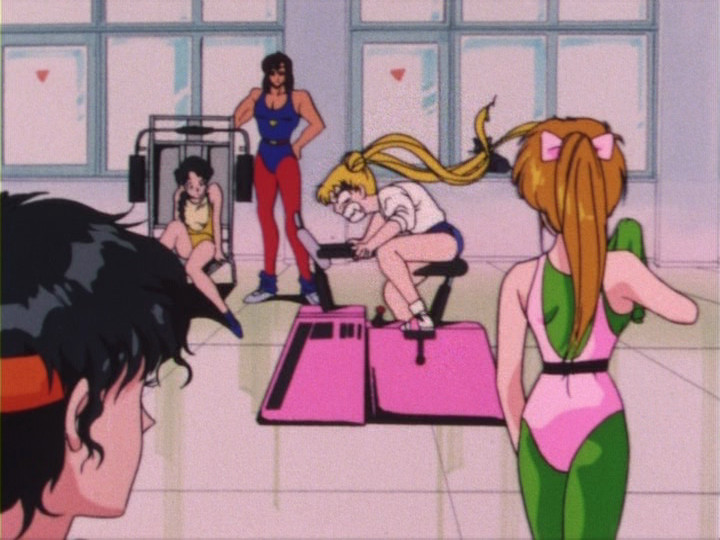 Not THAT kind of cycle

Wrong! As it turns out, some people believe that the Age of Pisces is what marks the birth of Jesus Christ.5 In that case, the ending of the age – meaning the coming of the Aquarian Age – would also be a sign of the downfall of Christianity and, with it, a lot of the establishments built on Christian values. Like Rei’s school.

I won’t go into a whole lot of detail here because, frankly, I think it’s all pretty absurd, but much of the evidence relies on fish, which happens to be the sign of Pisces, being one of the prominent symbols of Christianity. Apparently Jesus also exhibited many of the common temperaments and personality traits of a Pisces, so I guess that proves it.

…listen, I don’t believe in astrology, so I’m afraid it’s hard for me to follow the absurdity.

So, back to Rubeus! What did I mean about him getting it wrong?

Venus calls out the fake news

First off, even pretending for a second that the whole astrological ages weren’t a bunch of mumbo jumbo and actually did exist, there’s no consensus on when these ages start and stop. Assuming6 there was a connection to between the Piscean Age and the birth of Christ, as some suggest, that would mean that as of the Black Moon story arc, there would still be 167 years to go until the Aquarian Age.7

Interestingly enough, Sailor Venus even calls Calaveras out on this, saying that it’s still the Age of Piscean Love.8

Second off, the Aquarian Age is said to be “the age of freedom, technology … and the water bearer.”9 Not exactly the destruction and new world order he seems to imply. So even if he wasn’t so off with his dates, and even if the astrological star signs did carry with them a message of what is to come, it’s hardly the future he seems to suggest.

Unless, of course, he is suggesting the Black Moon will bring about peace. But I don’t think so. They were never portrayed as anti-heroes. 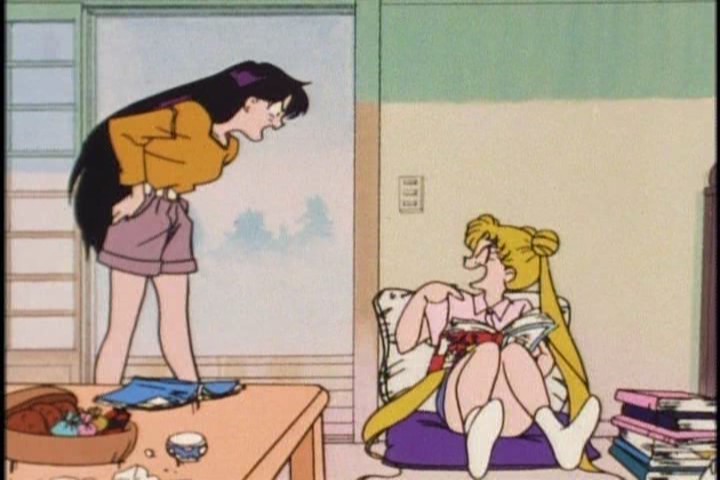 Dramatic reenactment of me blogging

So there you go! Rubeus was wrong, crazy, and had no idea what he was talking about. But, if nothing else, he sounded really cool while doing it!

Out of curiosity, what do you think about the motivations of Rubeus and the Black Moon Clan? Were they truly the “evil for the sake of evil” types, kinda like the anime seemed to imply, or do you see them as wronged “anti-heroes,” off on their own morally-justified adventure to fight for what they believe in? I’d be interested in seeing other opinions on this!

5 thoughts on “What Did Rubeus Mean that it’s the Age of Aquarius?”