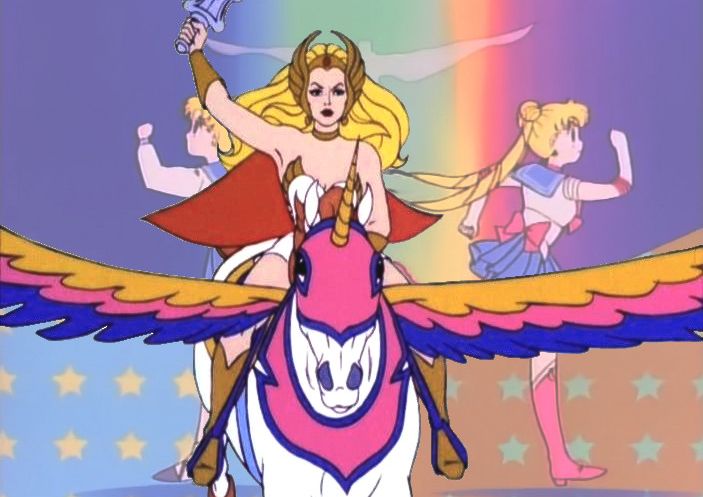 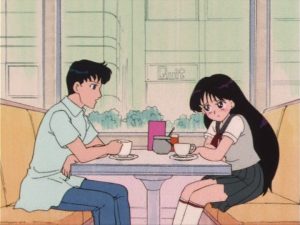 Dramatic recreation of me drinking coffee

When I first heard about this from a friend over coffee at Starbucks, I laughed and said it was an utterly ridiculous idea that there would be any connection between these two series. After all, while there were a lot of cases in the 1980s of Japanese anime being imported into the West, it was (and still is) pretty uncommon at the time for Western cartoons to gain a foothold in Japan, with Disney being an obvious exception.

I decided to look into this a bit further when I got home and found out that – much to my surprise – the Masters of the Universe2 toy line actually did have a presence in Japan. 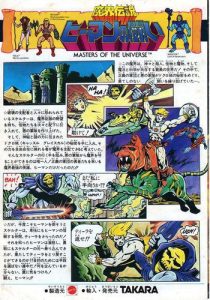 Imported and sold by Takara as a distributor for Mattel, the series was sold under title Legendary Magical Realm: The Battle of He-Man (魔界伝説 ヒーマンの戦い; makai densetsu hi-man no tatakai). I haven’t been able to find a clear date on when He-Man was actually being sold in Japan, but it’s a pretty safe bet that it was prior to 1986, when Mattel cut its relationship with Takara for importing and selling the Barbie toy line and entered into a joint venture with Bandai to make the MaBa Corporation.3

As it turns out, this wasn’t the only He-Man property to see the light of day in Japan. The 1987 box office and critical flop live action movie, Masters of the Universe,4 was also released in Japan – not once, but twice! Released in 1990 and 1992 by TV Tokyo and TV Asahi, respectively, the movie was titled Masters: Space Champions (マスターズ/超空の覇者; masuta-zu / choukuu no hasha).5 This practice was not uncommon in Japan, but that’s beyond the scope of this article.

But now we’ve deviated quite a bit from the topic at hand of whether or not this had any influence on the creation of Sailor Moon. While the initial research detailed above seemed to imply that it certainly could be possible, unfortunately I ultimately reached the conclusion that any connections between the two series are probably coincidental. 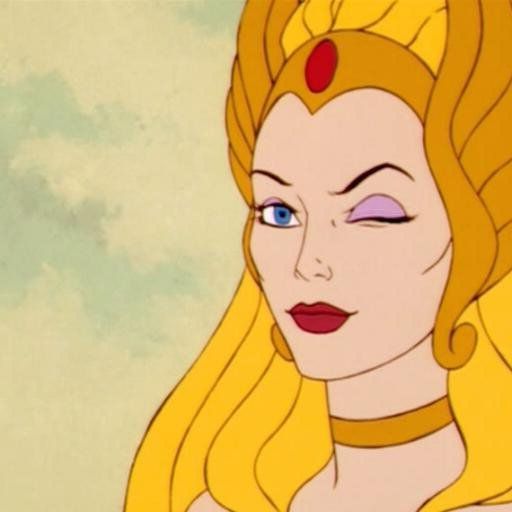 She has a tiara, too!

The biggest connection that proponents of the theory point to is that both series – Sailor Moon and She-Ra – feature a blonde princess as the main character who transforms into a super-heroine in order to fight the forces of evil. While this may seem like a pretty strong connection at first blush, this story setting is actually far from unique – a very similar setup for Wonder Woman’s origin story,6 which I’m pretty sure we can all agree isn’t a Sailor Moon influence.

… actually, Sailor Venus’ Love Me Chain may have some connection to the Lasso of Truth, but that’s another story.

The theory falls apart even further from here, when you consider that Usagi wasn’t supposed to be blonde in the first place. According to Ms. Takeuchi’s notes, she was originally supposed to have pink or silver hair, so the image connection is out too.

The final nail in the coffin, though, comes from the fact that the Masters of the Universe toy line was a complete failure in Japan. They were on shelves for only a short period of time and, due to their lack of popularity, the toys never got past the first wave. Needless to say, no Japanese versions of the cartoon exist and it looks like no other products (books, etc.) were ever sold.

That means that She-Ra never officially appeared in Japan, in any form. Back in 1991, in the days of a very primitive, non-graphical internet, it’s hard to believe that Ms. Takeuchi would have had any knowledge of the 1985 American cartoon in order to use it as a base for her upcoming magical series. 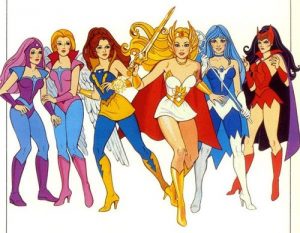 She-Ra and her team

While I can’t say absolutely definitively that there is no connection between She-Ra and Usagi, after taking a deeper look into the limited reach of Western animation in Japan in the late 1980s and early 1990s, I’d say it’s a pretty safe bet to rule out this theory. Still, though, it was a lot of fun looking into, and makes me wonder if there are any other less-obvious Western connections that could have inspired Ms. Takeuchi. It’s worth taking a look!

15 thoughts on “Was Sailor Moon Inspired by She-Ra: Princess of Power?”