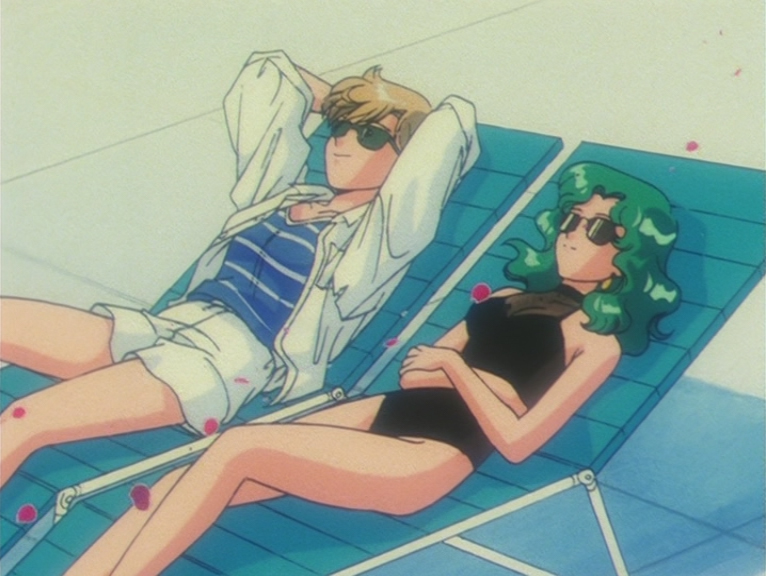 Haruka and her sweet Patreon cash

One question I get often, and don’t get around to answering, is about where Haruka and Michiru’s money comes from, and just how rich they actually are.

As much as I’d love to actually give you an answer to this question with some hard facts, maybe a few graphs, and interesting references for you to read through, the simple answer is: we don’t know. Other than that, according to the manga, they apparently have “a patron” that covers their expenses,1 Ms. Takeuchi is mum on the whole issue of where their money comes from. The anime doesn’t even bother to address it.

So as much as I’d love to just rant and rave with my own baseless theories,2 it really wouldn’t do anybody any good.

That said, I can talk about how much their rent costs, and what that would actually mean in the rental market. And that can give us at least some idea of how much we’re talking about here, right? 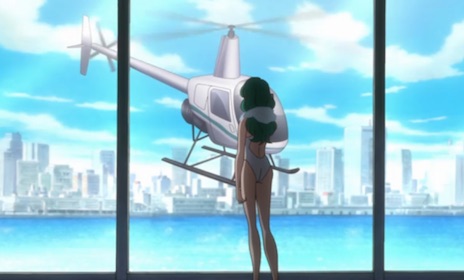 Just flying a helicopter, as rich people like to do

Before we get into the actual rent, I’d like to just share with you one neat bit of trivia: Haruka (Apartment 1127) and Michiru’s (Apartment 1306) apartments get their numbers from their birthdays — January 27 (1/27) and March 6 (3/6), respectively. The extra 1 at the beginning is probably just added because it’d be pretty lame for Haruka to live on the ground floor.

So how much is their rent? Well, we only have a firm number for Haruka, who comments in the manga that her rent is 1 million yen per month. As for Michiru, I suppose we’ll just have to assume it’s around the same. Considering their equally extravagant lifestyles, I’d say that’s a safe bet.

Now, one million anything sounds like a lot, especially when we’re talking about something you pay per month. But first we need to see what that’s like in 2017 money, since inflation is kind of a thing.

Does she look like she follows conventional budgeting wisdom? Of course not.

Customary financial wisdom dictates that your rent should be no more than 30% of your take-home income. Coming from someone who lives in Tokyo, let me assure you that this isn’t all that easy, and the average for Tokyo is closer to 35.5%.5

Assuming that Haruka was following this rule — and it’s pretty unlikely that she is, because again, she’s absurdly wealthy and a patron is paying for all of her stuff anyway — that would give her an approximate monthly take-home income of 2,918,335 yen ($26,220), or a yearly net income of 35,020,023 yen ($314,645) in today’s money. This isn’t chump change, by any stretch of the imagination, but I’m starting to wonder if Ami might actually be richer.

But we’ve kinda lost track of our original question. Just how absurd is it for Haruka to be paying that much in rent? 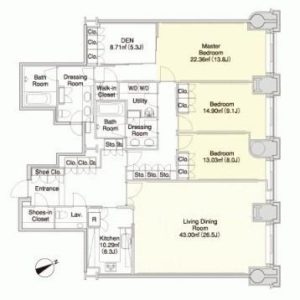 This is what 1M yen/month will get you in Tokyo

Well, like all money-related matters for those who live in Tokyo, it’s surprisingly not all that absurd. For those willing — and with the means! — to pay, there are actually quite a few places on the market right now that are willing to take your million yen in exchange for a place to live.

In fact, there are over 290 apartments in listed in Tokyo for one million yen or more per month.6

If that’s not enough to make you shudder, there are plenty of places that charge much more, with prices going on up to double or triple that for the more high class units. 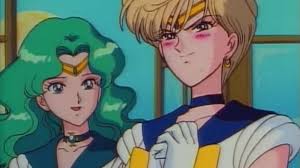 “I just got a new patron on Patreon!!”

So where does that leave us with our original question?

Well, in terms of a story about ordinary junior high school girls fighting the forces of evil with the power of love, Haruka and Michiru live quite the jet-setting lifestyle. But in terms of the lifestyles of the rich and famous, it turns out that they actually live pretty modestly.

I know we’ve talked time and again about how absurdly wealthy the Sailor Soldiers are, so I’d like to take a look at the situation from a different angle: Who do you think is the most “normal” of the cast in terms of having a non-extravagant home life? I know what my answer is, but I’ll save that for the comments below!

11 thoughts on “How Absurdly Expensive Was Haruka and Michiru’s Rent in Sailor Moon?”