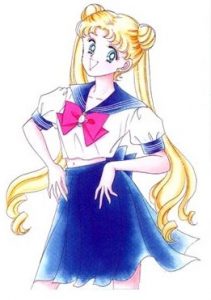 Before we can talk about body sizes and proportions, we need at least one data point to work off of: height. Fortunately for us, we have Usagi’s height,1 which I’ve used as a basis to estimate the heights of all the other characters.

All of these heights are restricted purely to the anime, since we don’t actually have any data on the manga. To be fair, though, since the anime was drawn by multiple artists and had to strive for a certain amount of consistency, while the manga was drawn only by Ms. Takeuchi, I think it’s fine to restrict our analysis only to the Sailor Moon anime.

With height out of the way, the next important information we’ll need are what are the three data points for bust, waist, and hips — colloquially known in Japan as the “three sizes” (スリーサイズ; suri- saizu).2

Once again, we’re in luck. It turns out that the lingerie manufacturer Wacoal has done an intensive study following a group of women for over 30 years and carried out over 40,000 measurements.3 In 1995, after analyzing their data, Wacoal released the figures for what they called the “Golden Canon,” mathematical proportions for the ideal unique figure (in terms of objective beauty) for Japanese women.4 The Golden Canon is calculated as follows:

It goes without saying that since the Sailor Soldiers are animated depictions of women, these numbers should be a reasonably safe basis for us to use in calculating the figures of the Sailor Moon cast. So assuming that girls are all firmly in the Japanese “Golden Canon” camp, what would their figures end up looking like?

I’ve included the averages for real-world Japanese ninth grade students as a point of comparison.5 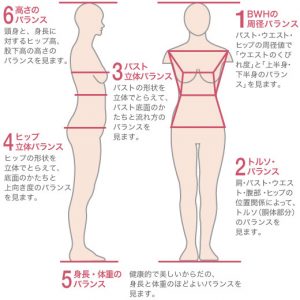 Taking a look at this chart, you can see that — even using the “idealized” Golden Canon — the Sailor Team doesn’t actually deviate too far off from reality. Since we don’t have hard data for waist or hip sizes (though from what I’ve seen, hip sizes across the board in Japan tend to be larger than the Golden Canon would suggest), our sailor-suited heroines are a bit more on the curvy side than the rest of the general population, in addition to being taller.

We could probably call the question off here and say that, assuming the Sailor Soldiers are depicted in the ballpark of the Japanese standards of idealized body proportions, they’re not too far off from reality.

To get a more specific idea, in aggregate, of what the individual figures for the inner Sailor Soldiers would look like,6 I decided to look to our strongest sources of real-world portrayals of the sailor-suited warriors of love and justice: the live action tv drama from 20037 and the large number of musicals which have been running since nearly the beginning of Sailor Moon and well into modern day.

My assumption is that when hiring the various actresses to portray their respective characters, the casting directors and producers are obviously doing their best to find the person who most accurately portrays the character, not much unlike the highly detailed hiring process for Disney’s so-called “face characters” at their theme parks.8

Since every person is different and these characters obviously don’t exist in the real world, it’d be unreasonable to just pick, say, one actresses and call her the representative example of Ami’s figure. There’s also an issue with the fact that nearly none of the actresses are as short as any of the characters they represent (due to the obvious age differences). So to get around this, must like with what Wacoal chose to do, I took the average proportions from all of the actresses for each character to find something of a “Golden Canon” on a character-by-character basis.9

So what would the proportions of the Sailor Soldiers look like if they were to exist in the real world (using their respective actresses for body ratios)? Here’s a breakdown:

While these stats are by no means official, I do find that it gives an interesting insight into how their respective figures are perceived. While Usagi’s pretty much spot on from what we can estimate from the anime, I find it pretty impressive how Ami and Makoto differ, with the actresses portraying Ami being a bit more on the full-figured side (maybe due to Osa-P’s love for Ami?) and Makoto being slimmer than in the anime. 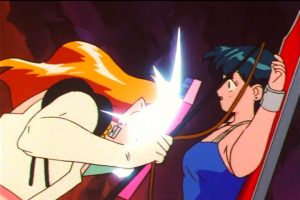 This is certainly one way to get measurements…

What does this tell us? Well, considering that the average bust size for Japanese women well into adulthood is around 82.4cm, using the “idealized” Golden Canon sizes would probably put us closer to what we see in the anime, with nearly all of the Sailor Soldiers (except for Usagi) ranking above average. This shouldn’t be too surprising, though, considering that they are all above average in height as well.

When you look at the more realistic proportions of the women chosen to portray them, however, you get a slightly different picture and are able to see a clearer image of the discrepancy in how the characters were perceived – at least as far as casting directors were concerned.

So what do you think? Even considering that this is an anime, were the characters portrayed fairly? Without doing a frame-by-frame analysis and measuring the actual images I’m afraid this is the closest we can get to sizes, but I do think it helps illustrate some interesting differences between the characters!

7 thoughts on “Are the Sailor Soldiers’ Bust Sizes Unrealistic?”