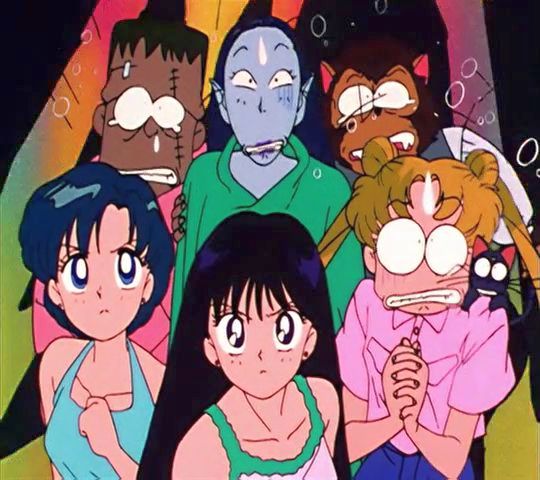 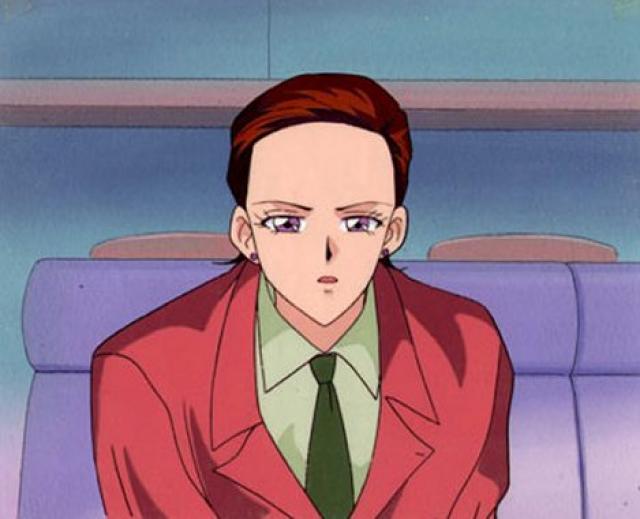 Now that I look a the title of this article again, I’m starting to think I could use this title again for an article about the Starlights. I mean, Taiki fits the bill of Frankenstein’s Monster pretty well, with that absurdly-large forehead.

But I digress. We’re here to talk about Usagi, Ami, and Rei’s beach adventure. Yes.

I’m not really in the business of giving episode summaries, since I assume that the vast majority of my readers here have already seem many of the episodes or read the manga, or that you have a general understanding of the series. But in case you haven’t seen this one, here’s a short summary:2

Usagi and her friends go to the beach on a training trip, but their lodging turns out to be a creepy old hotel run by scary-looking people.

That’s right, kids. This is a notorious beach episode.3 But what interests us about this episode is that, while we in the west may associate October and Halloween with the time for ghost stories and the paranormal, those things are more generally associated with August in Japan. 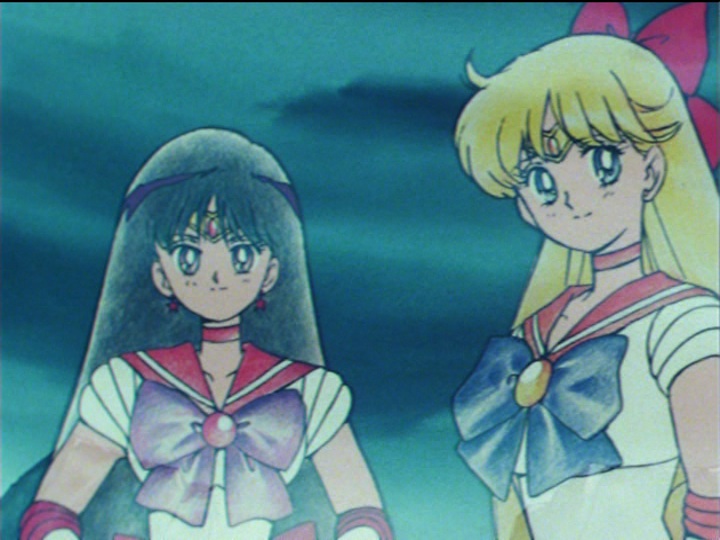 I mean, the end is technically a ghost story

This is due partly to the Bon Festival (お盆; obon) period in mid-August, a time meant for honoring the spirits of your ancestors.4 Another popular reason given is that the ghost stories send a chill down your spine, helping you forget the summer heat.5

So with that long introduction out of the way explaining why this ghost-themed episode exists, we can now get to the point of this article: the interesting references the animation staff sneaked in.6 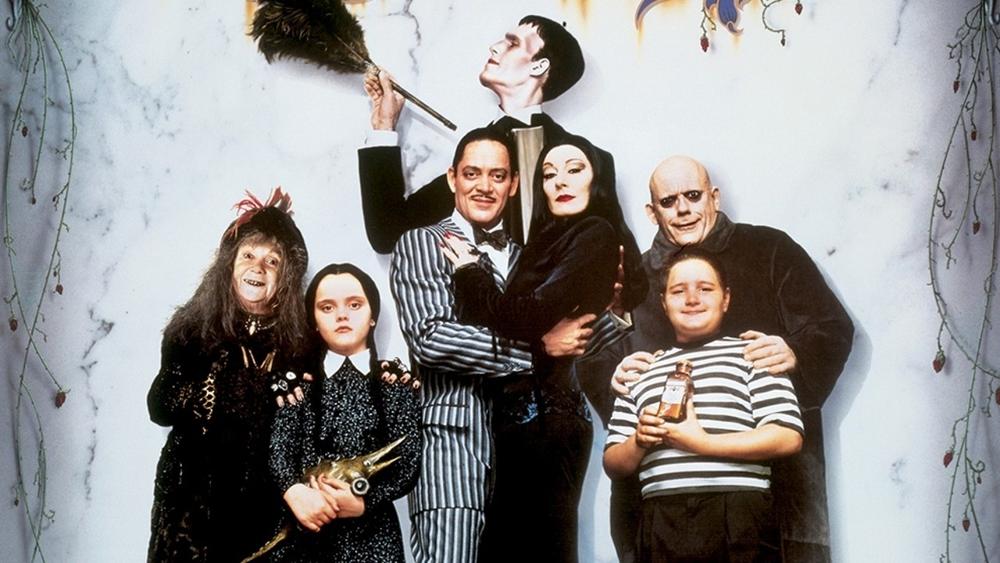 While I can’t be certain, considering the theme of this episode, I’d say there’s a pretty good chance that the “Adams” here is in reference to the Addams Family. While that may seem like a pretty obscure reference for an early-90s Japanese anime, it actually isn’t. The movie, The Addams Family, was released in Japan on April 25, 1992 – less than 6 months before this episode aired.7

Of course, you didn’t click on this article in order to read about the Addams Family. We’re here to talk about the three staff members of Pension Adams: the mistress of the house (Dracula/vampire), the cook (werewolf), and the bellboy (Frankenstein’s monster). 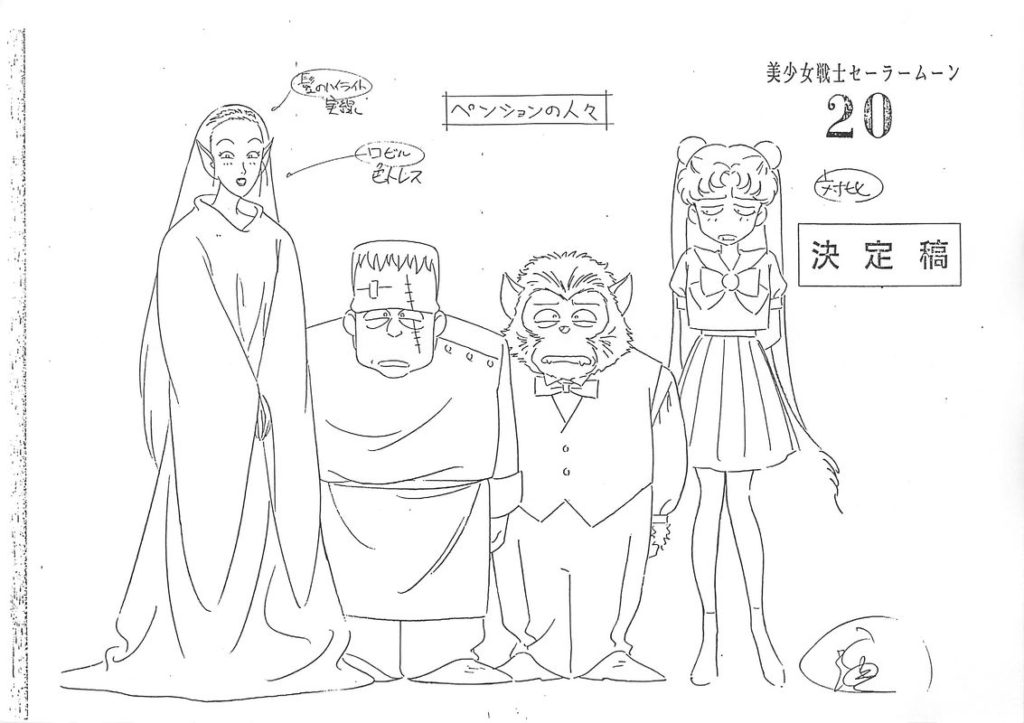 The characters in question

There’s some debate about the what the woman in, with some people online claiming she’s a ghost, but that’s not true. She is not only a vampire, but more specifically, she is supposed to be Dracula. Don’t worry, I’ll follow up on this.

Considering how often the staff behind the Sailor Moon anime liked to throw in references to other series, it should come as no surprise that these three characters are actually a throwback to the 1980s anime The Monster Kid (怪物くん; Kaibutsu-kun),8 based on the manga of the same name by famed manga artist-but-actually-two-people Fujiko Fujio.9 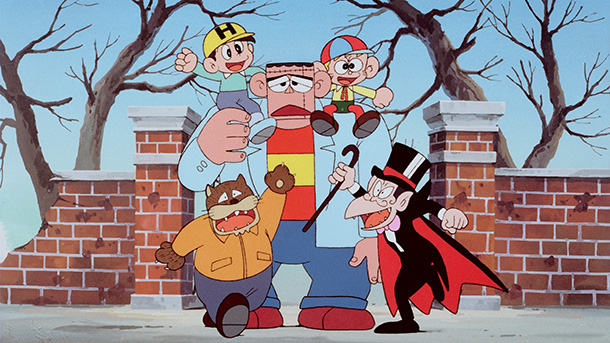 Kaibutsu-kun and his monster friends

Taro Kaibutsu – the titular Kaibutsu-kun – is joined on his misadventures by his three comrades in arms: Dracula, Wolfman, and Franken.

In case that wasn’t enough for you, it might be worth pointing out that Wolfman is also a famous cook in Monster Land. Just a coincidence, I’m sure.

I can’t say for sure, but I feel like there’s probably some sort of hidden reference going on with the young girl, Sakiko, and maybe some sort of movie plot or old Japanese legend, but I’ve been unable to dig up anything. There may be something out there, but I haven’t found it. 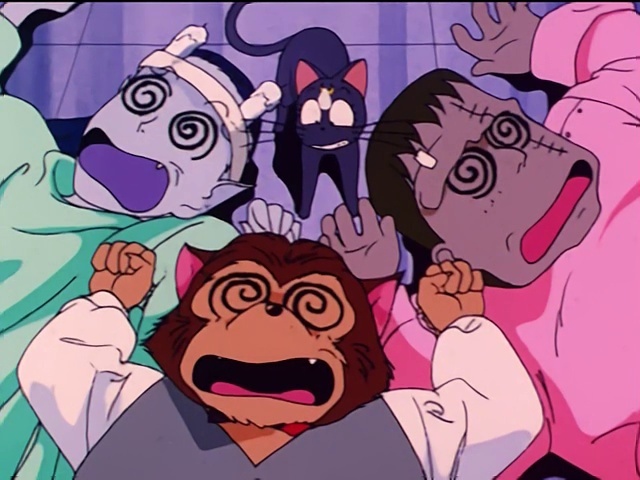 The jig is up for our monster friends!

But that pretty much explains why Dracula, a werewolf, and Frankenstein’s monster made a guest appearance in Sailor Moon! I know I’ve mentioned it time and again, but it always amazes me how for both Ms. Takeuchi and the production staff behind the anime went to sneak in little references like this. There are actually a few more in this episode, but that will probably have to wait for another time.

If there are any episodes you’d like me to take a look at, or maybe there’s something that just doesn’t sit right and you think might have a deeper story, let me know! I’m always looking for more ideas.

8 thoughts on “Why Were Dracula, a Wolfman and Frankenstein’s Monster in Sailor Moon?”