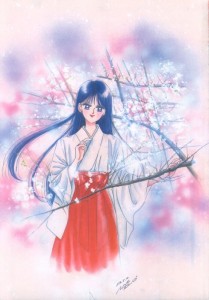 22 thoughts on “Why Did Rei Go to a Christian School?”