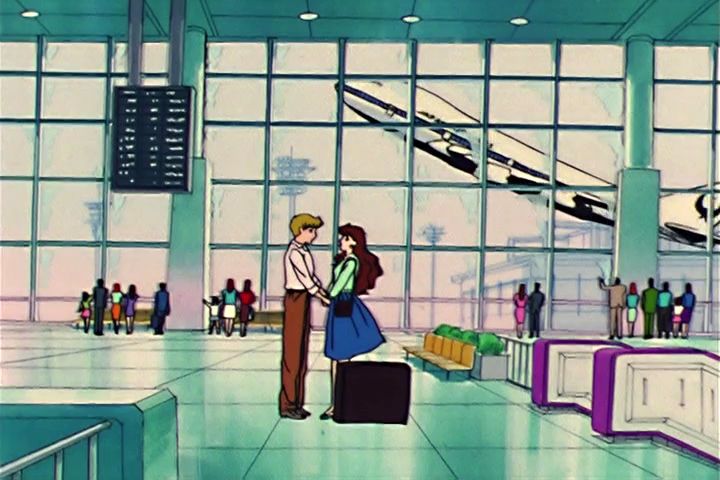 Reika in the Manga

One interesting tidbit about Reika is that she is actually one of the few characters to appear first in the anime1 and then later make an appearance in the manga.2 While it’s certainly possible that Ms. Takeuchi could have already designed the character, made the background story, and shared it with the anime staff, it’s entirely possible that Ms. Takeuchi borrowed the character since her background differs slightly between the anime and manga.

And how did they differ? Glad you asked, because the story is not as clear-cut as it could be! In her first (…and only) appearance in the manga, she mentions that Motoki had left behind a book in their club room,3 suggesting that they belong not only to the same club, but the same university (which would be Keio University, for those keeping track at home). What makes this interesting is that it conflicts with Ms. Takeuchi’s notes in the Material Collection, which states that Reika goes to a nearby all-girl’s technical university. The anime falls in line with the description in the Material Collection, so it’s hard to say which came first.

Lending more credence to the latter description is the fact that Reika’s name itself is a play on the term for the sciences, rikei (理系; science),4 which is a term used when referring to engineering, math, and other science as a form of academic study and in contrast with humanities/arts, bunkei (文系; the arts).5 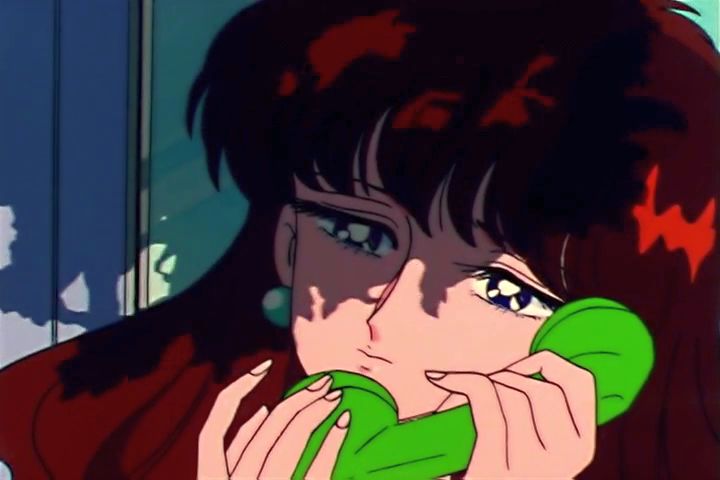 As for what is the inspiration behind her university, Azabu Technical College,6 there are two likely candidates nearby (both in Minato ward, the same as Azabu-Juban):

Though the former, Kyoritstu College of Pharmacy, may not make sense right off the bat as to how it applies to Reika, it’s worth noting that it was originally established as Kyoritsu Women’s Pharmaceutical Vocational School, an institution of higher learning for getting young women involved in experiments and scientific study. Oh, and it’s also the university where Ms. Takeuchi studied.

As for the latter, well, it’s a nearby technical college and in Japanese has a nearly identical name with the one provided in the anime: 芝浦工業大学 (Shibaura Kougyou Daigaku) vs. 麻布工業大学 (Azabu Kougyou Daigaku). So that’s probably where the inspiration behind the name comes, at least!

What’s always baffled me, though, is why it is that Reika has to leave Motoki to go study in Africa. I understand that for the sake of the story the anime needs to introduce some sort of trouble in Motoki’s relationship and that it ties nicely into the Rainbow Crystal story line, but her reasoning makes absolutely no sense. According to Reika, she’s going to Africa because it’s the cradle of human civilization and she wants to research this.

That sounds nice and all, but with the way Japanese universities (and western universities, too, unless you count her having a minor) work, this is absolutely not something she would be studying at a technical university. She would be majoring in some form of hard science – possibly related to geology or mineral science, maybe? – not something like anthropology, which is what the story describes here. 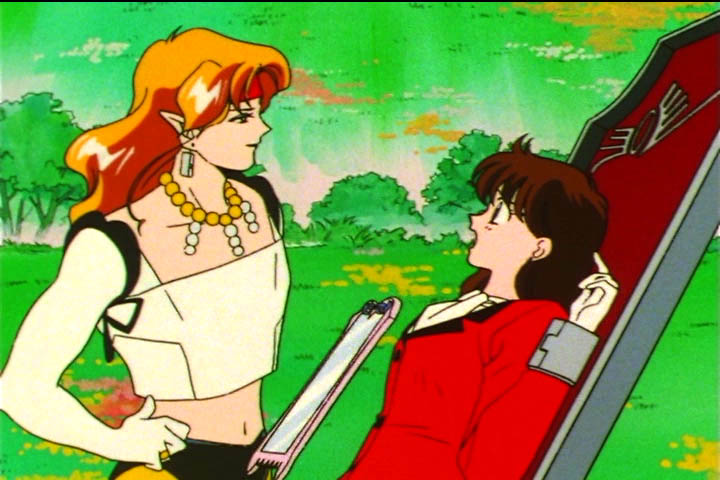 She really can’t make up her mind… now horses??

I wish I actually had an answer for this, since we all know I enjoy being as pedantic as possible and trying to explain away even minor points of the Sailor Moon story line, but unfortunately I really can’t think of any way to explain this other than the story writers goofed up here.

Not all’s lost, of course, and by and large the animation staff did a great job and maintaining consistency over their vast cast of characters and well-developed world. But it’s still interesting to see little slip ups like this from time to time!

7 thoughts on “Why Did Motoki’s Girlfriend Go to Africa?”