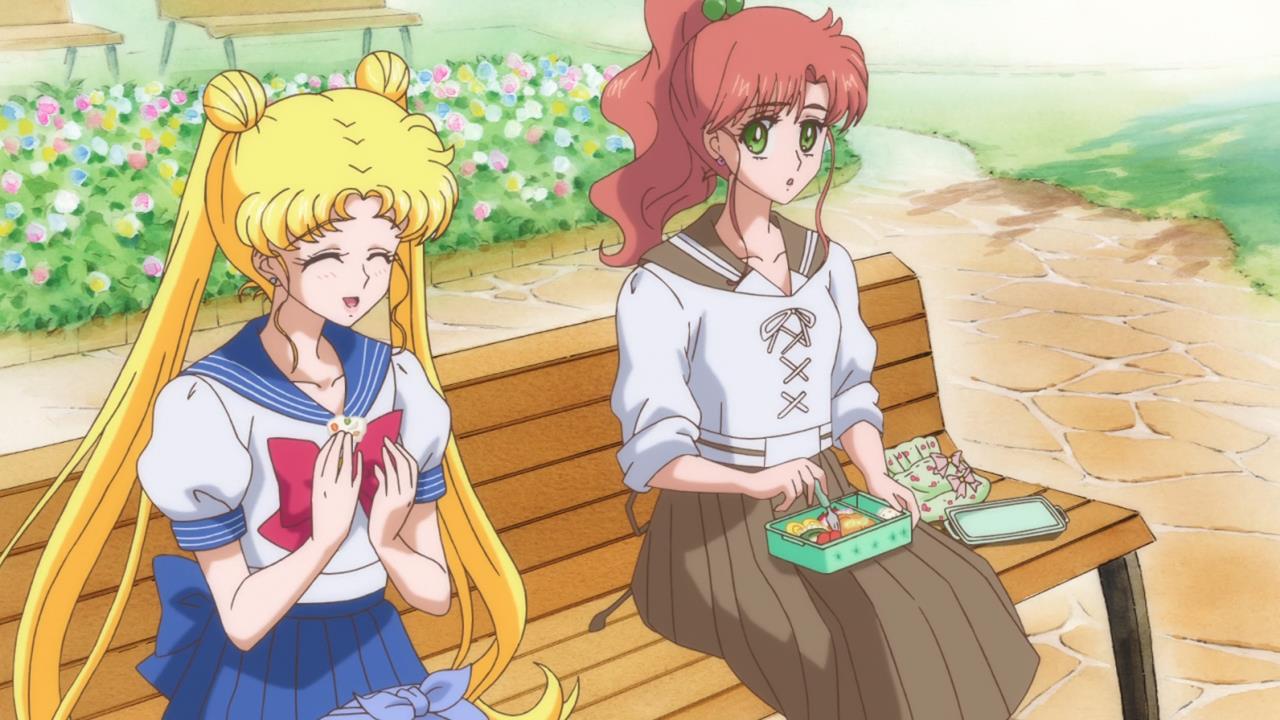 This is, admittedly, a really silly question and goes way into detail about really tiny things. But these are actually my favorite types of questions because they really make you think and also analyze the context of the Sailor Moon universe and how it fits in (intentionally and unintentionally) with the real world. So with that out of the way, let’s dive right in and discuss: what was Makoto eating when Usagi decided to make friends (and quiet her trumpet-playing stomach)?

Well, like all seemingly simple questions concerning Sailor Moon, this question sounds incredibly simple but has a lot more depth to it than you’d first imagine. Most importantly, her lunch differs ever-so-slightly between the manga, original anime, and the Crystal reboot. Making matters worse, Makoto had already started eating in the 90s anime, and the manga image is slightly cut off, leaving us guessing on the full contents. Crystal, however, gives us a good, clear shot, so we’re okay there.

Let’s take this one by one, then: 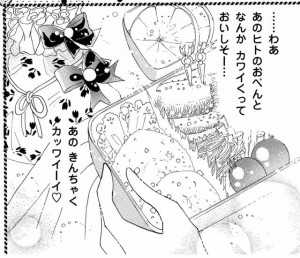 From what we can see in this picture (and in the other scenes we briefly get), she has:

For someone who wasn’t expecting Usagi to come along and help her out with lunch, that’s quite a respectable lunch she has there! To be honest, this (relatively) simple lunch fits in the best with her being a junior high school girl living alone, in my opinion. But doesn’t quite show off her famous cooking skills! 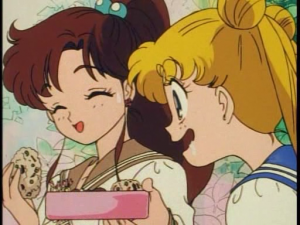 Once again, this scene actually starts with Makoto eating so we can’t get 100% accuracy here, but from what we get to see, her lunch consists of:

Honestly, compared to the manga I think that the anime really shows off Makoto’s cooking skills. Glazed carrots and specially cut boiled quail eggs are no mean feat to make in the morning, especially before school. Definitely impressive! 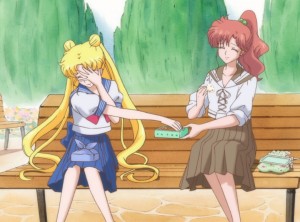 Last but not least, we have Makoto’s lunch as served up in Sailor Moon Crystal. What did Makoto bring to share today?

I’d say that the Crystal lunch places nicely between the manga and the original anime when it comes to skill required for cooking (and uniqueness of her lunch). Definitely more intense that the manga, but could be thrown together in less time than the original anime version.

More than anything else, though, I’d say I’m actually most surprised by how consistent her lunch had stayed throughout all these versions – and spanning over twenty years, might I add! As for which I’d rather eat the most? I’d probably say the lunch as it appears in Crystal, since it’s definitely the most diverse. I always want to try making this someday!

2 thoughts on “What Food Did Makoto Make For Her Lunch?”