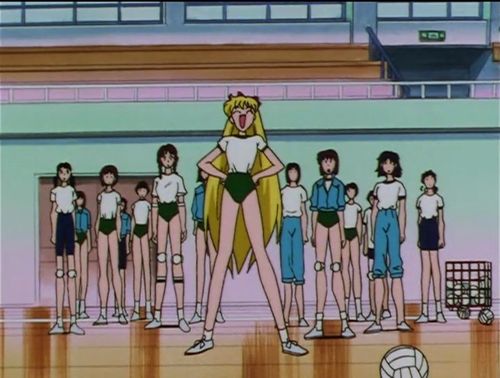 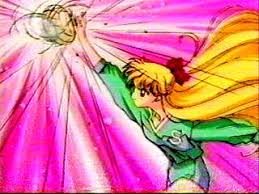 When I say that it’s not abnormal for Minako to play volleyball, I really and truly mean that it’s not remotely abnormal. Volleyball is, after all, the fourth most popular club activity among both junior high school and high school students.2

And yet, there’s always something that seemed a little off about it to me.

At least until Sailor Stars, Minako seems to be the only member of the Sailor Team to seem to be part of any school clubs (whether currently or in the past). I mean, sure, we see that she had to give up on volleyball in the anime due to her commitments with being a Sailor Soldier, but the point still remains.

As it turns out, the answer to that question is a very solid “maybe.” But to find our answer, we first need to go back to the 1960s — the decade in which Ms. Takeuchi was born.

Sata Isobe in the 1964 Olympics

The story starts with the Japanese women’s volleyball team nicknamed the “Oriental Witches” (東洋の魔女; lit. Witches of the Orient),3 who in 1961 elevated Japan to the world stage in volleyball when they won an impressive 22 games in a row during their European tour.4 They later went on to take the women’s indoor volleyball gold medal in the 1964 Tokyo Olympics with a score of 14 to 9 against the Soviet Union.5

After this impressive victory, volleyball saw a surge in popularity across Japan both in terms of people playing the sport, as well as in people wanting to watch and read more about it. And as you and I know, where there is a hobby segment in Japan, there’s invariably going to be an anime or manga made about it.

And that’s where Our Sign is V (サインはV)6 comes into the picture, a manga written and illustrated by manga artist Akira Mochizuki7 in 1968. The manga was later adapted into a live action TV show in 1969 and managed to garner a strong following among adults and children alike, claiming a nearly 40% viewership rating across Japan at its highest point. The live action show was followed up in 1973 with a sequel series, set four years in the future and starring a whole new set of girls.

Our Sign is V differed from other shojo manga of the day by ditching many of the familiar shojo tropes we’re familiar with today in favor of a story more in line with a typical sports manga, including many intense training sessions along with “curve balls” and other special moves.

I’m pretty sure you can tell where I’m going by now.

Not only do we have volleyball to connect Minako back to this series, but we also have Sailor V’s self-referential V sign that she’s often throwing in covers and whenever she has an opportunity to pose.

But what does that “V” hand gesture signify, anyway? The most obvious answer is to say that it’s in reference to herself, Sailor V, but anyone familiar with taking photos in Japan can probably tell you that this is likely not the case. 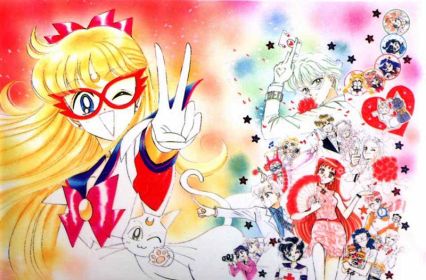 Commonly known as the “peace sign” among Japanese people nowadays,8 the gesture was popularized among Western nations (and, by extension, Japan) during and after World War II as the “victory sign,” i.e., “v is for victory.” The meaning changed into one for peace thanks to its use being co-opted by anti-Vietnam war activists in the 1970s.

Judging by the fact that Our Sign is V predates this change, and taken in context of it being a competition-focused sports manga, I feel it’s fairly safe to say that the “V” being referred to in the title here is for “victory” and most definitely not “peace.” While that wasn’t the case by the time Codename: Sailor V came onto the scene in the early 1990s, I’d wager a guess and say that when the character was initially created, this V sign carried with it multiple meanings, one of which being “victory.” After all, the rest of the Sailor Team hadn’t been created at this time, and the Venus connection was loose at best.

This is yet another one of those articles where I have absolutely no solid proof to back up what I’m saying, so I freely admit that I could be wrong entirely (or in part) on this theory. However, considering the time that the series was on the air (especially the second series, when Ms. Takeuchi would have been about 6 years old), the titles (Sign wa V and Codename wa Sailor V), and Minako’s volleyball connection, I at least think it’s worth keeping your mind open to this as a possible throwback reference.

So what do you think? Reaching a bit too much here, or maybe worth taking a deeper look into? When left to your own devices it’s easy to overthink these things, so I’d be interested in hearing other people’s opinions!

2 thoughts on “Was Codename: Sailor V Inspired by a Volleyball Manga?”