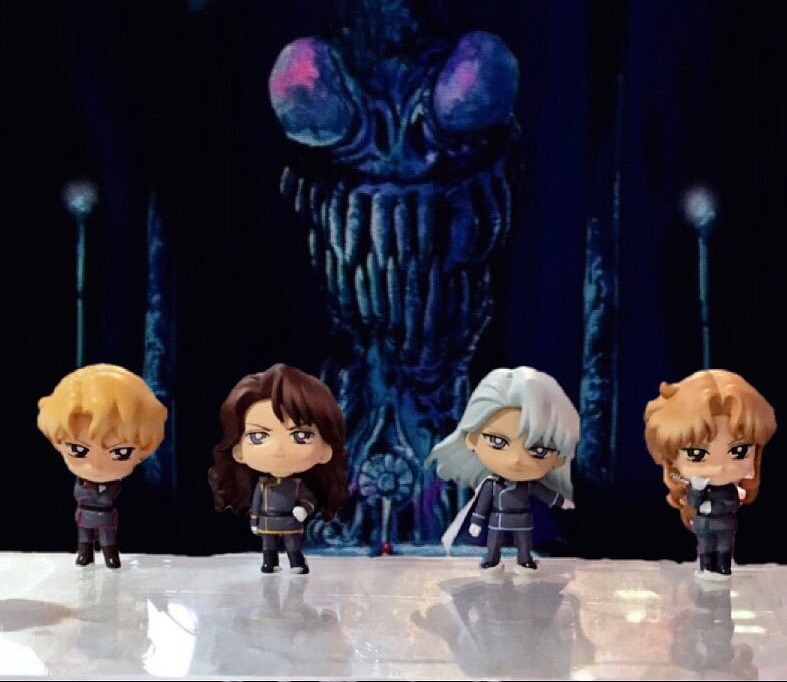 You can’t deny the Four Kings are cute

Or… at least it is to me. Your results may vary.

But in any case, today I’m going to take a look in how the Four Kings of the Dark Kingdom changed. Wanna come along? 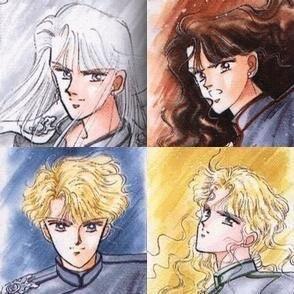 That’s because, frankly, the Four Kings didn’t have much of a role in the manga. So other than the liner notes provided by Ms. Takeuchi in her Materials Collection,2 we really don’t have much to go on with respect to the Four Kings’ personalities until they appear later in the manga in their interactions with Mamoru/Prince Endymion.

Since we’ve got few sources to go on when it comes to the manga, why don’t we take a look at what we know and see how that stacks up with the manga?

One note: the ages in the manga are obviously off for all of them, so I won’t bother mentioning that. Though we don’t actually have ages in the anime, I always felt that the Four Kings were full-blown adults – so in the mid-20s at their youngest – so Kunzite being the oldest at 25 seems on the young side to me.

Let’s not talk about what this says about Nephrite and his Naru relationship.

Wow, okay, so… umm… we don’t have a lot to go off of for Jadeite here. Surprisingly, it seems like Ms. Takeuchi just sketched out a few thoughts on his character.

Does this stack up with his anime self? 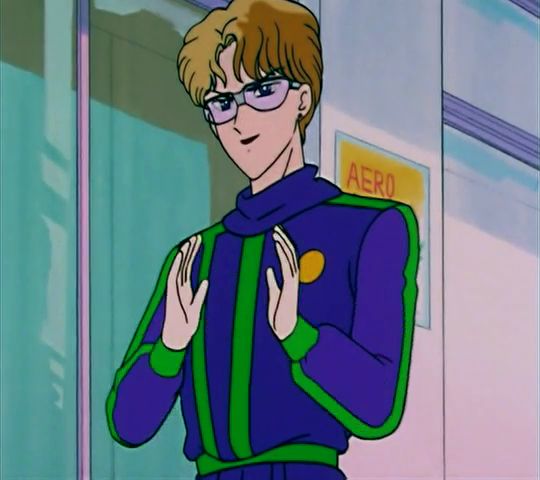 Does Jadeite look serious to you?

Kinda yes, kinda no. Is he cruel and serious? I guess you could say so, especially near the end when he was facing the Sailor Team. His kidnapping of young girls on his Demon Bus™ was also not very nice.

But as far as the anime goes, I always found him as more of a goofy character, especially with how most of his plots involved him working directly with his youma.

First and foremost, there was no Nephrite and Naru relationship in the manga, so I guess the age difference doesn’t come into play at all in the first place. Though even if it did, I suppose it still wouldn’t matter legally. 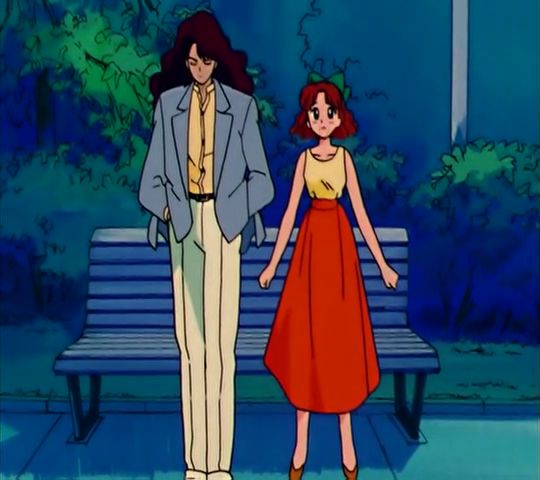 Just meeting your underage girlfriend alone, in a park, at night, alone. Nothing creepy here.

As for his personality, I think the general information about him being emotional and quick to act is probably pretty spot on with what we see in the anime, though his relationship with the others is a bit off. Like an older brother, with that bizarre antagonistic relationship with Zoisite? I just don’t see it.

Though to be fair, I guess Naoko didn’t see it either, when you consider that she wrote a question mark after it.

None of these characterizations in the manga differ too extremely from what we see in the anime. In fact, it’s pretty spot on. Unfortunately, due to how fast the manga ran and how little “screen time” the villains tended to get, in practicality what we read here is just more of an afterthought rather than information that has any bearing on the story. 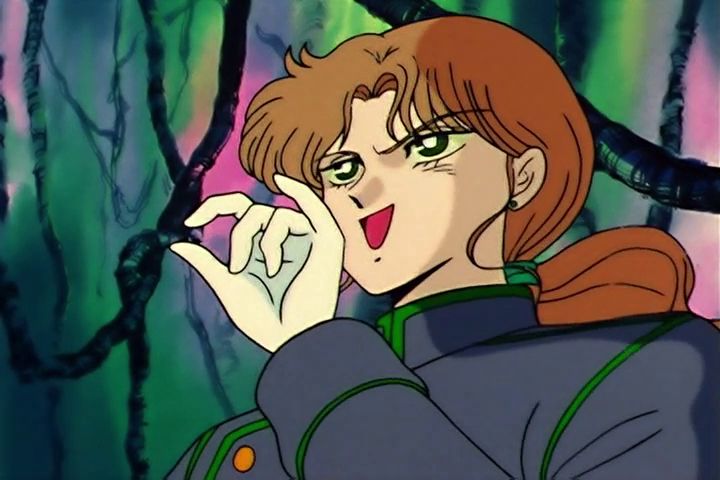 Yeah, that looks about right for Zoisite

In fact, I find most of the descriptions here actually fit with the anime so well that I wonder if some of these notes about Zoisite (and maybe the others?) were actually written after the fact, or if the anime staff just did a great job of running with these ideas.

What’s different? Well, there is the glaring point that Zoisite is like a younger brother to Kunzite. That kinda stands out. But we’ll talk about that later.

As for Kunzite’s characterization… hmm, it’s hard to say. From what we see of him in the anime prior to Zoisite’s death, he always came off as a professional soldier to me and generally in control of his emotions, so I’m fine there.

But after Zoisite dies? I feel like Kunzite’s personality changes a bit and he’s in less control of his emotions. Not only did he lose his lover, which is obviously a shock, but he’s now competing with Endymion for attention in the Dark Kingdom.

Probably most noteworthy here, though, is the phrasing regarding his relationship with Zoisite.

This has been mistranslated on the internet as “Has a romantic relationship with Zoisite,” but the Japanese nuance is nothing like that. 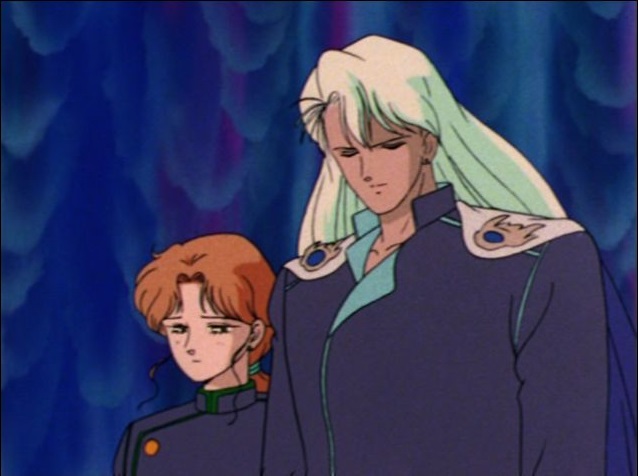 The verb, 可愛がる (kawaigaru; to be fond of),3 does not carry romantic connotations. It’s closer in nuance to your boss looking after you, or a grandparent doting on their grandchild.

With Zoisite acting like the youngest child of the family – and indeed, the youngest of the Four Kings – and like a little brother to Kunzite, the nuance here is that he’s looking after Zoisite like a protective older sibling.

So I think we can say with reasonable confidence that there’s no romantic relationship between the two of them in the manga.

Lastly, while the manga gave off the impression that, much like the Sailor Soldiers, the Four Kings were awakened prior to the start of the Sailor Moon story, in the anime they come off as simply other evil beings that inhabit the Dark Kingdom and there’s no implication that they ever lived normal human lives.

At the end of Nephrite’s arc, when Zoisite is deadset on killing him and sends his youma after Nephrite, we see that Nephrite bleeds green blood.4 This seems to imply that the Four Kings aren’t even human, and are themselves a type of monster.

Alas, we get conflicting information on this. When Mamoru cuts Zoisite’s cheek with a rose, the blood is clearly red.5 So… who knows?

What color do you bleed???

Wow, this article really got away from me. I was hoping to touch on possible inspirations behind Zoisite and Kunzite’s relationship in the anime, but I’m afraid that’s going to have to wait for another time.

In the mean time, I’d love to hear what you think about how the Four Kings were written in the manga. Obviously not limited to their appearance in the Dark Kingdom, but later when they came back to help out Endymion. Which version do you like better?

22 thoughts on “How Different Were the Four Kings of the Dark Kingdom in the Anime and Manga?”