Whether you’re a fan of video games or not, you have to admit that the Angel, the creators of Sailor Moon‘s one and only role-playing game for the Super Famicom, really knocked it out of the park both in terms of world-building and story-telling with their 1995 game, Pretty Soldier Sailor Moon: Another Story.

One of the things that I loved most about the story was the Oppositio Senshi – evil Sailor Soldiers that existed before Sailor Galaxia was ever even a thing. Well, okay, so they aren’t really Sailor Soldiers, but let’s not dwell too much on that.

Today, I’m going to introduce the historical connections that tie the Oppositio Senshi together with our favorite soldiers or love and justice. Hopefully you’ll stick around! 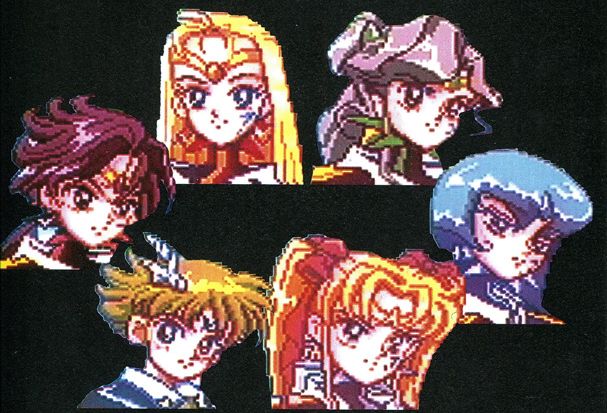 If you haven’t played the game, now is probably a good time for me to say “Spoilers!” and recommend that you go play it or read up on the story. There’s a fan translation available pretty much anywhere you look, so it’s not hard to find. If you have played it, good on you, and congratulations for surviving Ami and Makoto’s sections.

While I’m not here to harp on other translations, I do have to point out that unfortunately the English version we have of Another Story isn’t all it’s cracked up to be. I haven’t done a full review, but it’s rife with baffling mis-translations that make you wonder about the accuracy of the dialogue. Translating the first chapter of the story, ヘルデスティニー (heru desuthini-; Hell Destiny) as “Her Destiny” is a mistake only someone early in their studies could make. 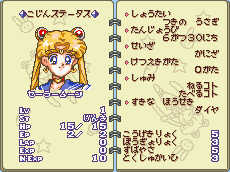 *not a handy dandy notebook

For those of you who don’t have your handy dandy notebook nearby, here’s a brief rundown on the Oppositio Senshi and their corresponding Sailor Soldier:

Notice anything interesting? Probably not, but don’t worry about that.

You may already know, though, that each of these five are named after Babylonian gods. What’s more, they even manage to match up pretty well with their non-opposites. Though there’s a little weirdness – and when isn’t there, when we’re talking about ancient gods? – it seems like the respective gods work out pretty well. You can see them here:1

If your first instinct was to look at Marduk and say “by george, that sounds an awful lot like Zeus/Jupiter from the Greco-Roman pantheon,” then not only am I absolutely amazed by your off-hand knowledge of ancient mythology, but I am also admire the way you speak. We need more people like you. 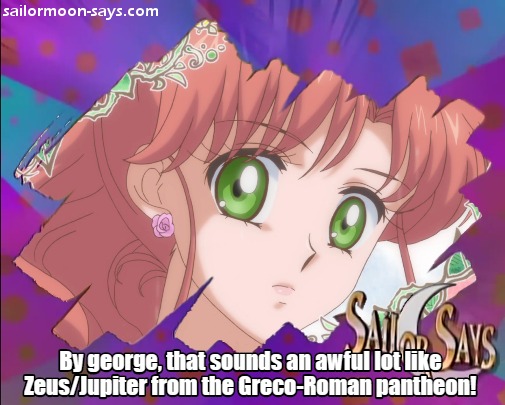 As you so excellently pointed out, my fictional reader who I use as a writing device to advance my narrative, these five Babylonian gods were matched to the same celestial objects (the seven classical planets)2 that we now know by their respective Roman names.3

The Babylonian and Roman planet names

So when you stop and put it together like that, the relationship between each of the Oppositio Senshi and… Not-ositio (??) Senshi is a lot deeper than it appears at first glance!

Unfortunately there isn’t a whole lot going on in Babylonian mythology with Anshar/Kishar – the primordial gods meaning “whole heaven” and “whole earth” respectively4 – when it comes to a connection with ChibiUsa, and the Shaman Apsu doesn’t seem to borrow a whole lot from the Babylonian deity of the same name made up of, well, freshwater.5 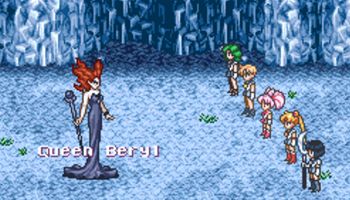 Remember when Sailor Uranus fought Queen Beryl? Yeah, me neither.

Well, I hope you found this look into the history behind the game characters interesting! As I mentioned before, Another Story is a great side story – another story, if you will – to the Sailor Moon universe. It does an absolutely amazing job of combining stories from both the manga and anime and adding its own special touch to tell a story all its own.

If you have any questions about any of the locations, dialogue, or people that appear in the game, let me know! I’d absolutely love to do a playthrough of the game and point out real-world locations and story elements that appear, but unfortunately I really don’t think I have the “let’s play” personality needed for that. Maybe some day!

9 thoughts on “How Are the Oppositio Senshi in Sailor Moon Another Story Connected?”