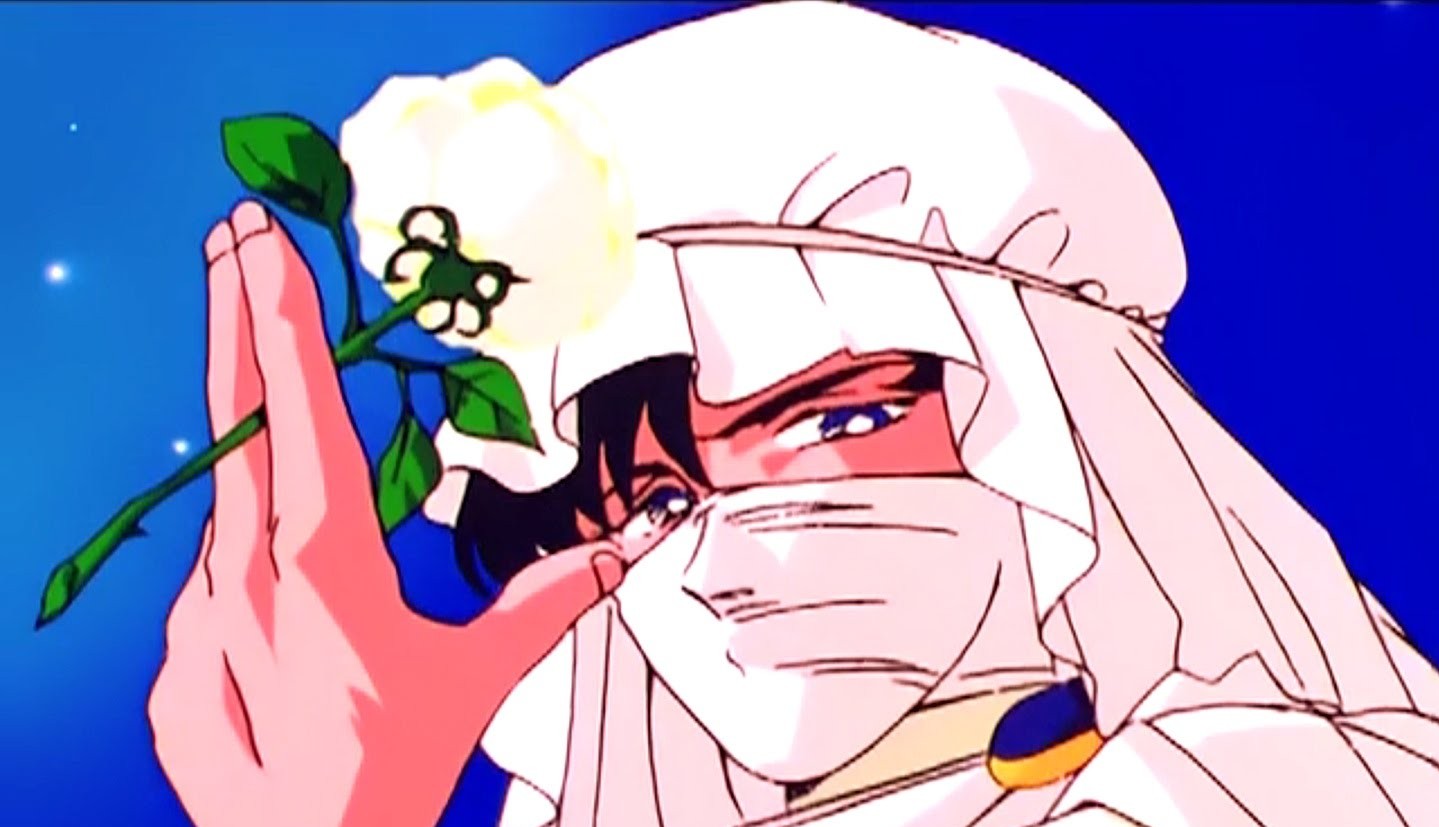 Moonlight Knight is a bit of an oddball character in the Sailor Moon anime, as he’s one of the few “hero” characters that exist only in the anime with no manga connections at all. The whole Cardian Arc1 was completely made up for the anime only, supposedly to give Ms. Takeuchi a chance to prepare her next story arc while the anime rushed ahead of her, though I’ve always suspected that the true purpose of this was to give them a sort of teaser for the upcoming Sailor Moon R movie. That, however, is a story for another time. What we’re here to look at is: what’s with Moonlight Knight’s use of French? 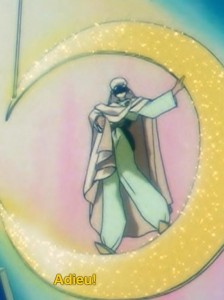 * Not a subtitling error

Possibly even more than Tuxedo Mask himself, Moonlight Knight was fond of long, dramatic speeches.2 More interesting to me, though, is what he said when he departed. Despite his strong Arabian design, Moonlight Knight always leaves the Sailor Team with a fancy “adieu.” What’s noteworthy about this is that it appears to have been a mistake by the anime production staff, directly translating his さようなら (sayounara; good bye) into something more fancy-sounding without looking into the cultural context. The issue here is that adieu implies that you don’t believe that you will see the other party again (at least not soon), and that you are saying good bye with a sense of finality. What he should have said was au revoir, which is used when you do believe that you will be crossing paths in the near future.3

Read also:  Why Are Sailor Moon's Titles Almost All the Same Length?

While I would like to say that there was some sort of deeper meaning to this word choice and over-analyze the issue, I’m afraid that this is pretty much clearly a case of not having done the appropriate cultural research. If I were to read into the issue, however, I would say that you could make the assertion that this was Moonlight Knight’s way of expressing that he hoped he and Mamoru would soon re-join (i.e., Mamoru’s physical / human form and his sense of duty to protect the Sailor Soldiers) and was bidding them farewell. Put another way, by implying he would see them again would suggest that Moonlight Knight did not intend to return to Mamoru and resume his activities in the form of Tuxedo Mask.

Of course, this is probably looking way too into it, but it’s at least an interesting tidbit, if nothing else! Since Mamoru is a university student in the anime, and many university students are required to learn a second foreign language (other than English), it’s entirely plausible that he did study some French. You’re pretty clever, Mamoru!

5 thoughts on “Did Moonlight Knight Make a Mistake in French?”