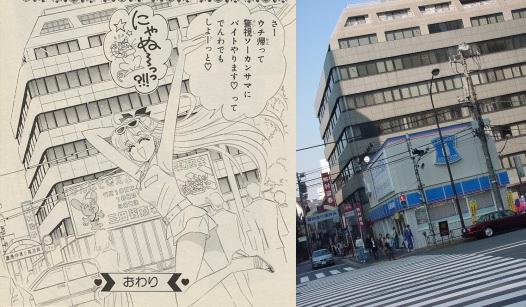 Pretty sure you already know about the Crown…

Even omitting all of the obvious locations, it was actually really hard for me to narrow down this article to just five. It seems like nearly every other episode of the anime features some place from the real world Tokyo, and I feel like they’re all worth at least an honorable mention.

Alas, due to time constraints, I figured it best that we keep this list short and limit it to just my favorites, and leave an opening for a follow up article later.

So without further ado, let’s take a look at five Sailor Moon locations that surprisingly exist in the real world! 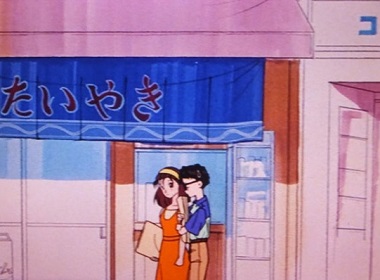 This location epitomizes what I love about obscure Sailor Moon trivia: it’s a small background detail that doesn’t even merit a mention in the episode, and yet it’s an actual place that you can visit for yourself in Azabu-Juban.

Naniwaya2 is a Japanese confectionery shop located just down the street from other popular Sailor Moon mainstays: the real world inspirations behind the Crown, Osa-P, and the bridal shop in Act 5 of the manga. 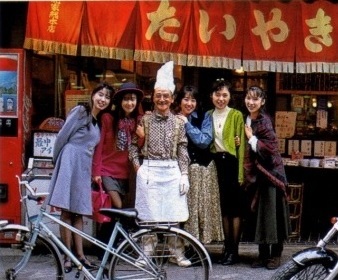 The real-life Naniwaya and the voice cast

Even more interesting is that the Sailor Moon voice cast actually visited this location and enjoyed some of the shop’s famous taiyaki — a fish-shaped cake filled with red azuki bean paste — for themselves. 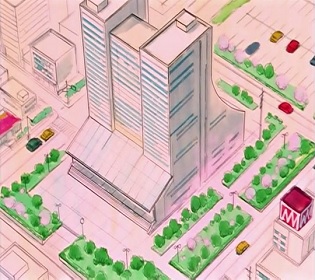 The Cinderella Caravan event, held for all of our budding young starlets,3 took place at the Shanshan Plaza… which bears an uncanny resemblance to the Nakano Sun Plaza. The building also happens to be home to a large concert hall, which probably explains how it ended up being used as the inspiration in the first place. 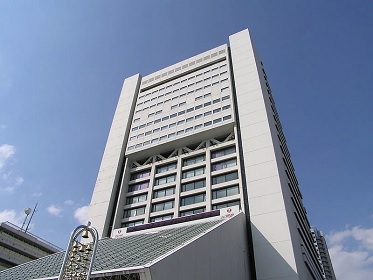 What makes this reference particularly special to me is that the building is located near Nakano Broadway,4 which is essentially an anime fan’s paradise if you’re in the market for modern and vintage anime goods. There’s always a constantly-rotating selection of Sailor Moon stuff there, so I highly recommend going if you have a chance. 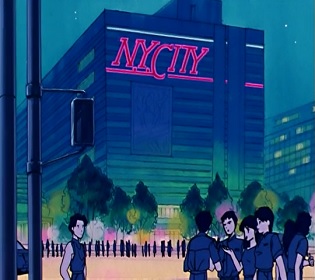 Though not the store where Nephrite sets his trap for Sailor Moon (that would be the MS Department Store), NY City features prominently in the establishing shot of Shinjuku when Usagi arrives late at night to save Naru from Tuxedo Nephrite. 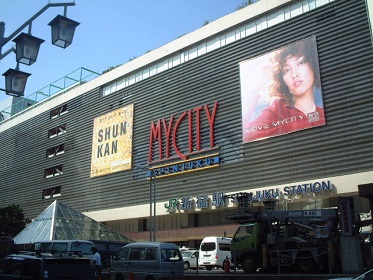 MyCity and some glorious 80s hair

While at first glance this place probably looks like a an obvious play on the popular American city of the same name (and that likely was a factor), this is actually a reference to a popular real world Shinjuku landmark, My City. Located in nearly exactly the same place where it’s depicted in the anime, the building is now known as Lumine EST.5

Bonus Fact: Another building parody in this scene is Studio Kalta, or Studio Alta to you and me here in the real world.

I hate to brag, but any time that I can say that I rode on the exact same train6 as my favorite sailor-suited soldiers or love and justice… well, I’m going to tell just about anyone who will listen. And even those who won’t. So by the way, I rode on this monorail.

While it’s probably no big surprise that Jadeite tries to lure the Sailor Team out to the very real Haneda airport, what may be less well known is that the the monorail they ride is actually the Tokyo Monorail, and they get on at the Hamamatsucho terminal station.7

Depending on which one you catch (normal vs. express) and which airport building you’re going to, the ride will take you anywhere between 16 to 24 minutes. Since I doubt that Jadeite made his evil train stop at each and every station along the way, I’d probably bet closer to 16.

That’s actually quite a while to wait in suspense, now that I think about it. 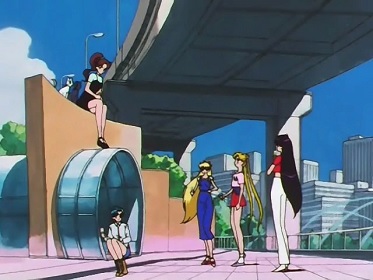 I just had to end this list with this memorable location. We’ve all seen the distinct tunnel and fountains countless times throughout the run of the anime and the manga, but the park itself only ever serves as a nameless set piece and is easy to overlook.

Located just a couple minutes’ walk away from the Crown and other popular Azabu-Juban shopping locations, the park is an obvious choice for the Sailor Team to meet up.

Ichinohashi park in the real world and manga

Also of note, the park was home to a large jungle gym in the shape of a wooden boat, which could very likely be the inspiration behind the dream boat that we see in the Sailor Moon SuperS movie. At the very least, it likely served as a location reference: the real world playground boat and the magical one in the movie are both found at the end of a bridge in a park. 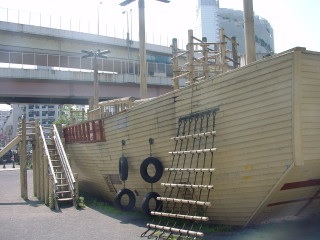 So there you have it, five seemingly mundane locations in Sailor Moon that actually exist in real life. As I mentioned, it was really hard for me to narrow this list down to just five since the anime, manga, and — probably for obvious reasons — even the live action series are just full of these kinds of references. I’ll probably need to follow up on this article again in the near future.

Putting reality aside for a second, if you were able to visit any location in the Sailor Moon universe, where would you want to visit? I suppose the obvious answer would have to be the Crown Game Center, but personally I’d be more interested in touring the Mugen Gakuen campus. That place has always fascinated me!