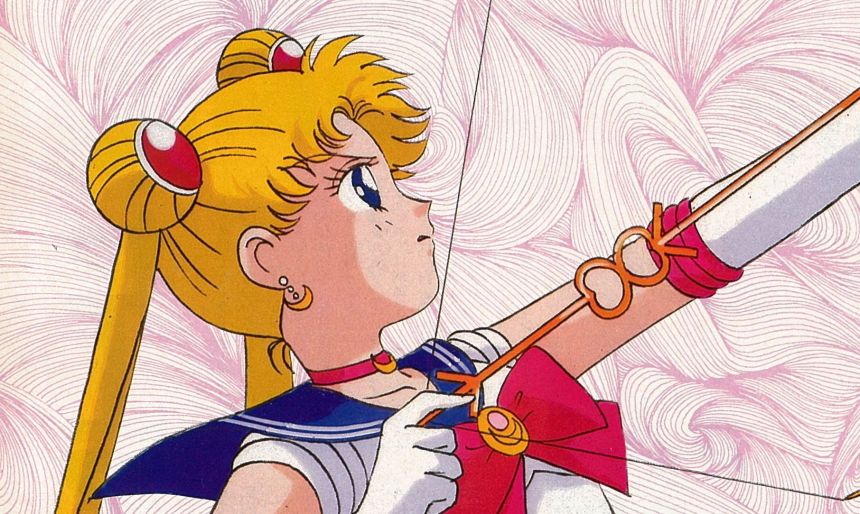 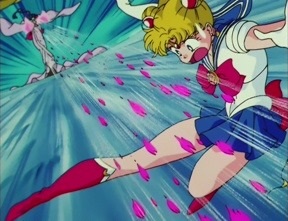 Sailor Moon could use some new attacks…

Shortly after the Sailor Moon anime hit the airwaves, the popular anime magazine Animage1 ran a contest for fans to propose characters, attacks, and other story ideas to take place in the Sailor Moon universe. The results of this first contest were judged by members of the production staff and resulted in new catchphrases for Sailor Mercury and Sailor Mars being adapted into the show.

Since I’ve already covered some of the fans’ proposed story developments – though sadly, none were ever adopted – today we’re looking at the attacks that unfortunately were never quite put into practice. 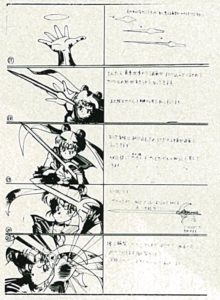 First up is the Moon Saber, an idea submitted by Yasutaka Takahashi, of Aichi.

Wow… color me impressed! Mr. Takahashi really put a lot of work into this. He apparently submitted six pages of sketches and descriptions of special attacks, but only the scanned page here ended up in the magazine. What a shame!

According to (what I can read of…) the notes state that Sailor Moon would summon a disk of energy that would slowly grow out into a sword-shape.

Once it reaches its full length, the sword takes its final form with a flash of light and Sailor Moon is ready to use it to fight the forces of evil.

Considering Sailor Moon‘s strong super sentai2 connections, I don’t think it would have been strange at all to see a sword used to cut down youma. In fact, a similar idea was later used nearly ten years later in the live-action series in the form of the Princess Sword.3 Not a bad idea at all! 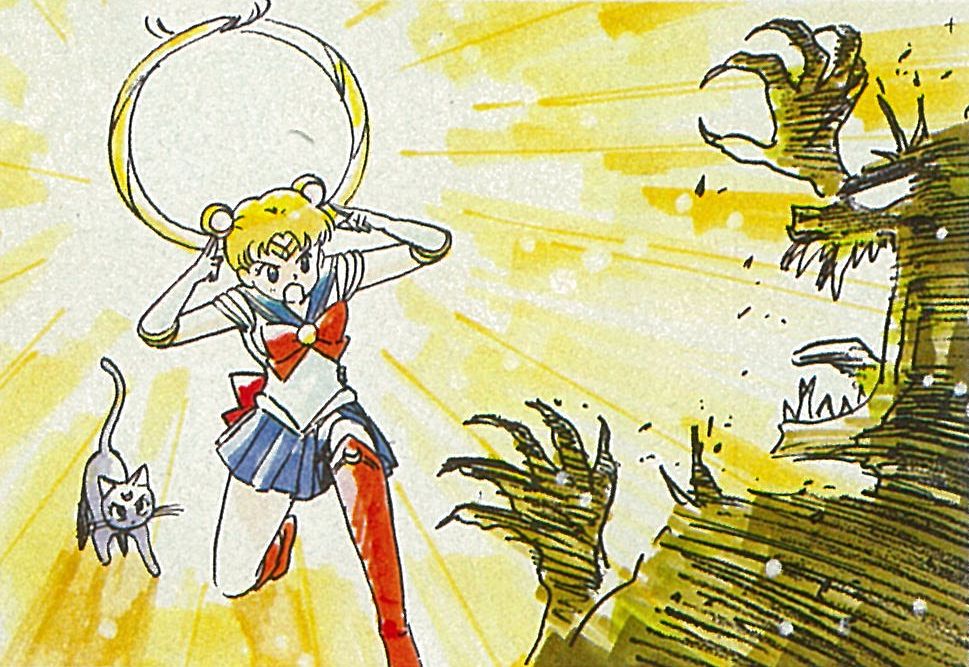 Next up is the “Hyper Luna Attack,” though a part of me wants to think that this is a mix-up by Shoko Makino, of Saitama, who mistook the Japanese Luna vs. Lunar. Or maybe she really needs Luna for it? Who knows!

Anyway, according to the description, Sailor Moon’s pigtails flip up and connect to form a ring in the shape of a full moon, out of which a powerful blast of energy – the Hyper Luna(r??) Attack – is emitted.

Honestly, this seems pretty believable in terms of attacks that could appear in the anime, so I’m a little disappointed that it didn’t make its way into the series. It could’ve been a fun attack, I think! 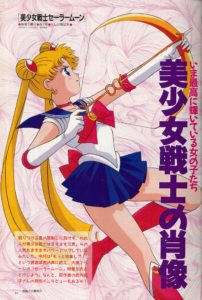 Of course, that brings us to the star of today’s show, Sailor Archery, dreamed up by “Haku[…] HS Math Club,” of Kanagawa. They left one of the kanji out, but my best guess is that this is referring to Kanagawa Prefectural Haku[yo] High School.4 Not like it matters, but you know, let’s be thorough.

Iriya Azuma (producer)5 awarded this idea the grand prize because it did a great job of implementing attributes from all three of the Sailor Soldiers at the time, seeing as this was before the debut of Sailor Jupiter.

The bow is made up of a crescent moon while the arrow itself consists of a stylized combination of Sailor Mercury and Sailor Mars’ symbols. I didn’t notice it at first, but once you point it out… wow! That’s pretty amazing.

They were so impressed with the design, in fact, that the magazine had series character designer, Kazuko Tadano,6 draw an actual animation cell of the attack, seen here. 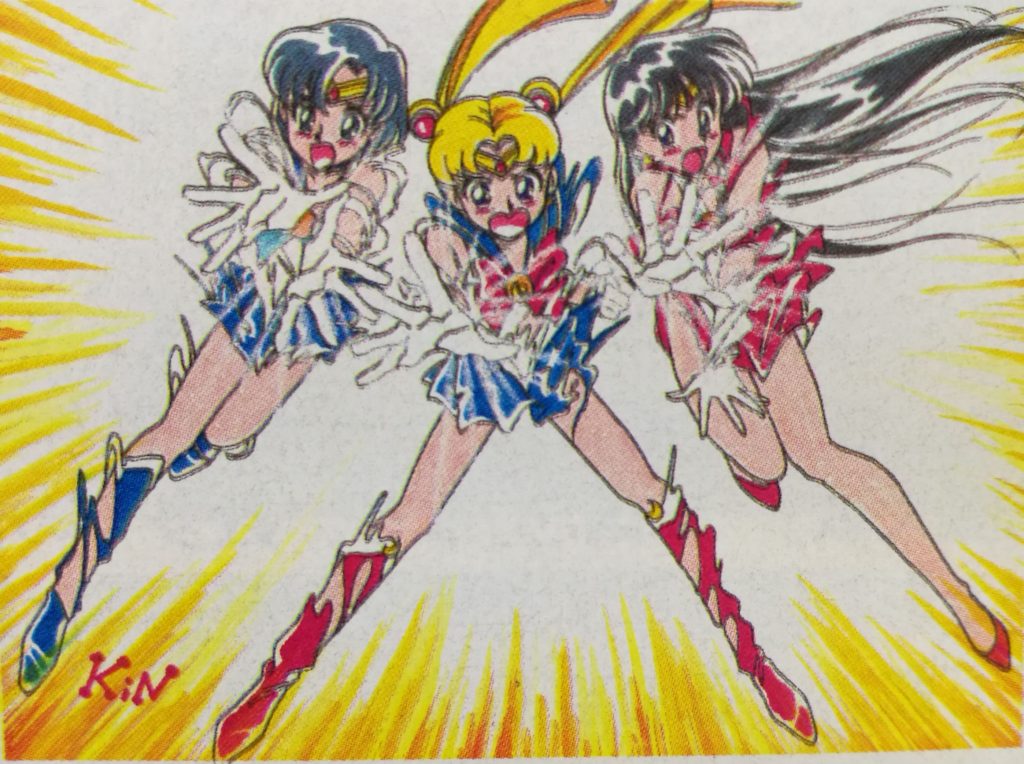 Last, but not least, is the “Sailor Finale” attack submitted by Mamibi of Nagano, who is undoubtedly a male viewer. In the words of the creator:

Using attacks drains away their transformation energy, so the more they attack their costumes slowly start to fade away. When they use their energy for a super powerful attack…

Ms. Tadano remarks that the idea of their clothes fading away is interesting, but that the audience – mostly little children! – would probably be turned off (no pun intended) by this.7

Read also:  Why Does a Fish Keep Appearing in Sailor Moon?

I wanted to do a full review of all of the proposed attacks here, but for the second contest put an interest caveat on the types of suggestions they wanted to see: since this is a show about love and justice, the characters should use that “love” to deal with their enemies without killing then – an important hint at the direction the series was to take later on.

Since there are quite a few other ideas taking attacks into this new direction, I’ve decided to put those into another post, which you can read here! 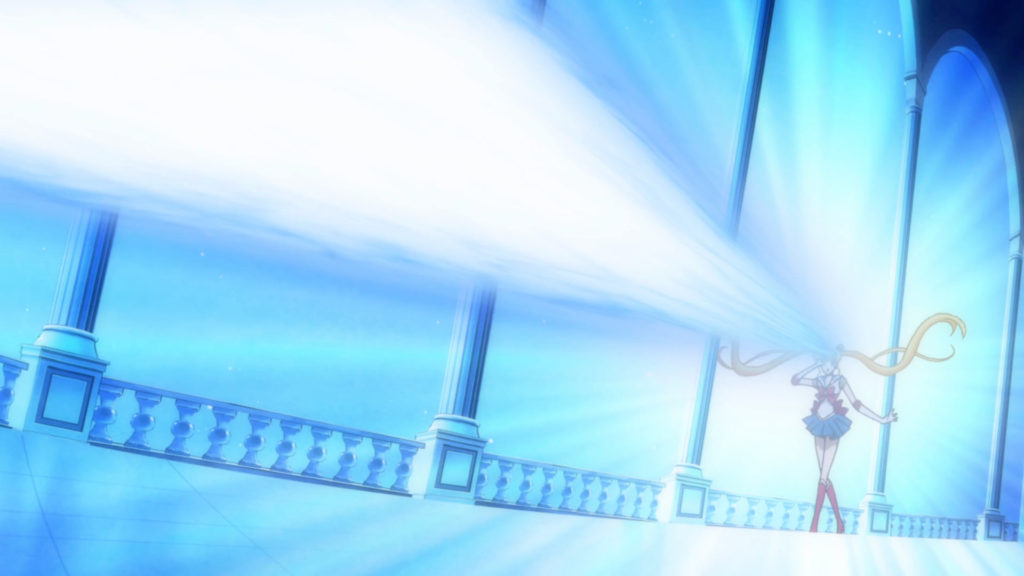 Out of all of these attacks, which one would you have most liked to see? As much as I’d love to give some love to the incredibly detailed Sailor Archery, I just don’t think the attack fits Sailor Moon’s style. It fits much better with Mars’ Flame Sniper, anyway.

No, I’d have to say my favorite attack was the Hyper Luna(r???) Attack, since it really does seem like something I could imagine seeing in the anime, maybe similar to the manga’s Moon Twilight Flash in terms of how it works. Too bad it never came about!

26 thoughts on “What Was Sailor Moon’s Archery Attack?”