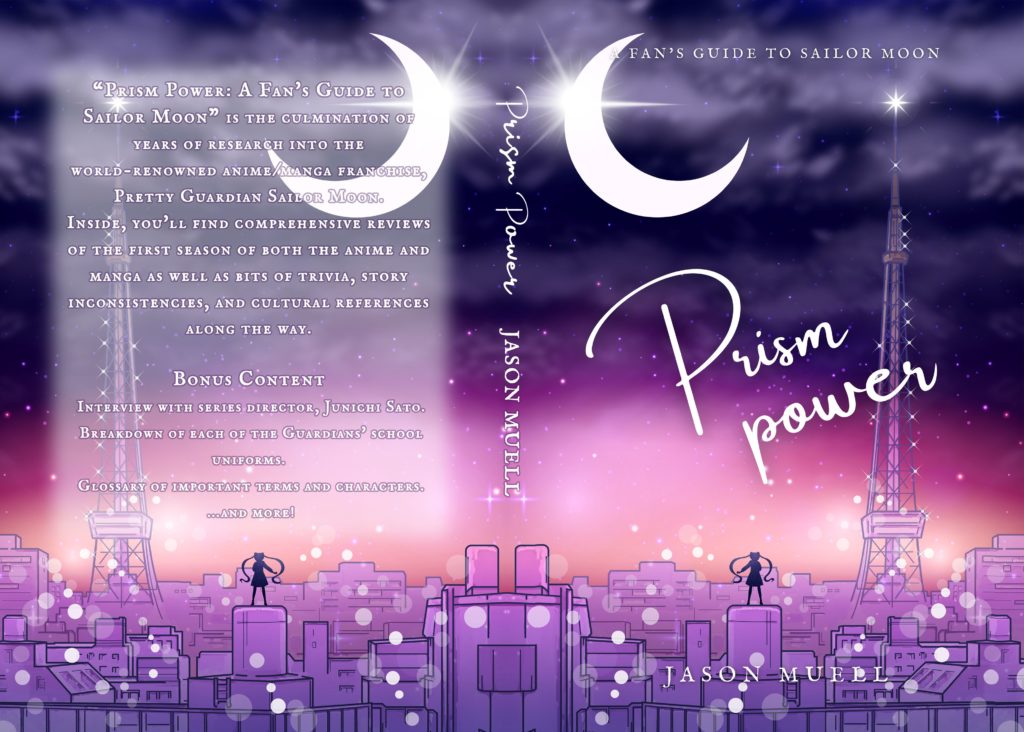 After several long years in the making, I’m excited to finally be able to announce that my first book, “Prism Power: A Fan’s Guide to Sailor Moon,” is finally published and now available in both paperback and hardcover versions on Amazon stores across the globe!

So what is “Prism Power” about and how does it tie into the blog? Essentially, the 311-page book is a love letter to the Sailor Moon presented in the only way I know how: through in-depth reviews of each and every episode and manga act across the Dark Kingdom story arc and filled with bits of trivia, story inconsistencies, and cultural references along the way.

To help minimize the hassle and international shipping costs, the book is available to order on most regional Amazon stores. You can find the links to your regional store page below:

In addition to the Paperback and Hardcover editions, you can also purchase a PDF version of the book for viewing on your PC or tablet of choice. What’s more, it has the benefit of being searchable!