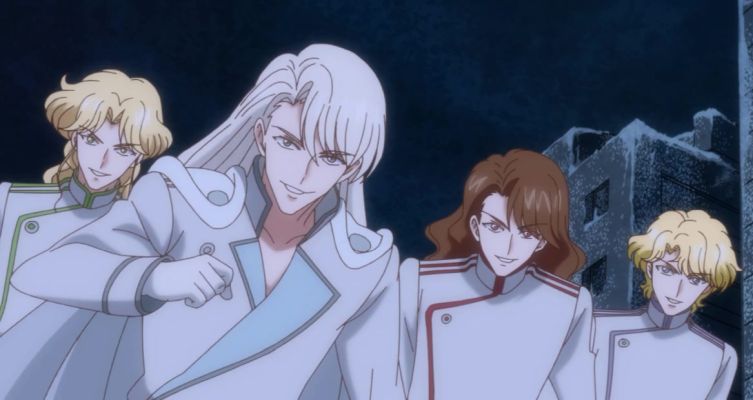 Since I spend a lot of time on this blog talking about the importance of school uniforms and their relevance to the series, I think it’s about time that we give some attention to what the men of Sailor Moon are wearing. And that’s what I fully intend to do.

Tuxedo Mask… wears a tuxedo. And a mask. Done.

Now that we’ve got that mystery solved, I’d like to turn your attention to something you’ve probably thought a lot less about: just where did the inspiration for the uniform’s worn by the Dark Kingdom come from? Were they completely made up, or did Ms. Takeuchi take her inspiration from the uniform of some long-forgotten army?

If this is a question that ever has crossed your mind, you’re in luck, because we’re going to take a closer look at exactly that today. It’s time to put on your sleuthing hat, because things are about to get interesting! 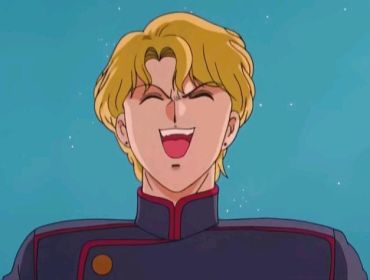 At least Jadeite thought my joke was funny…

Still here? Good. Now that you’ve had a chance to get over your shock from that huge Tuxedo Mask reveal, I think it’s about time that we start addressing the topic at hand: where do the uniforms of the Four Kings/Shitennou come from?

But before we can go much further, I just want to make it clear that Ms. Takeuchi has always been mum on the issue of where this design, and those of most of her costumes for that matter, comes from. With that being said, she’s pretty well known for having “borrowed” (to put it nicely) heavily from other sources when designing the clothes worn by her heroes and villains,1 so it’s almost a sure thing in my opinion that there’s usually at least some source behind the costumes you see in the series.

This is basically a really long way of saying: everything you read is purely a wild guess on my part, and I’d love to hear or see any other information out there! 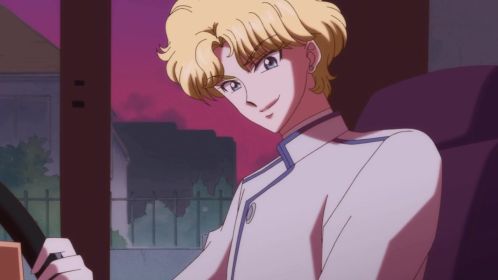 Welcome aboard the Evil Bus! Next stop, Tucson.

Where were we? Right. Uniforms.

So the way I went about this was about as unscientifically as you can imagine, but probably similar to how Ms. Takeuchi did it back in the day (just with books and not Google): I basically started looking at officer uniforms from World War II and slowly worked my way back through time (toward the late 1800s) and across various militaries.

There were quite a few good candidates, in fact. Multiple uniforms worn by the Imperial Russian Army2 looked like pretty good sources of inspiration, particularly some of the uniforms worn by Tsar Nicholas II. 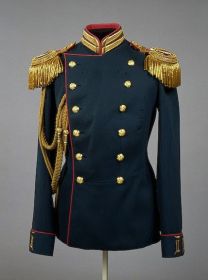 The fact that there were multiple “close calls” should probably come as no surprise, since the fictional uniforms of the Dark Kingdom probably had several sources of inspiration, all of which were thrown together into a kind of mishmashed design that resulted in what we saw in the Sailor Moon anime and manga. But be that as it may, I’d still like to get as close as I can, and the Imperial Russian Army designs weren’t quite doing it for me.

My criteria for finding my “best pick” was actually pretty simple. It should ideally:

As silly as I’m sure it sounds, the multi-colored piping on the uniforms was one of the biggest factors for me. It’s actually a pretty distinctive feature of the Shintennou, and something you don’t often see in standard military uniforms. 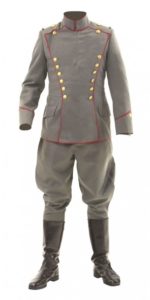 After many hours of going through PDF copies of history books, catalogs of military uniform replicas, and more, I finally came upon my best guess — the uniforms worn by the Uhlan German officers in World War I. For those (many) of you who don’t know what an Uhlan is:3

Though this is by no means a dead ringer for what we see in Sailor Moon, particularly when you consider the fact that the piping is mirrored rather than going down the (wearer’s) right-hand side only, the 1910 field grey service dress uniform still ticks that all-important checkbox of mine of coming in different colors,4 which varied depending on the role and/or unit of the wearer.

I unfortunately couldn’t find any definitive information on what each color specifically refers to,5 but I could confirm that the uniform at least existed in red, yellow, and white designs. That has Jadeite (… or Nephrite), Nephrite (… or nobody), and Kunzite covered at least! 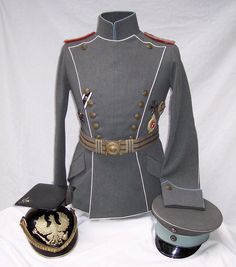 As I mentioned earlier, this is by no means a definitive answer, and I frankly doubt there even is a definitive answer, but I still do think that there’s probably some sort of connection to be had between World War I officer uniforms and the designs Ms. Takeuchi wound up settling on for the Four Kings. Odds are, she was probably flipping through military history books and came across a variety of different officer uniforms, and then made up her own design loosely based on what she liked.

Even if we’ll never be able to get a clear answer on this, I still really enjoy thinking about how the Dark Kingdom actually functioned as a military and organization. There’s so much that we don’t know about these characters, such as who they were before being awakened as the Shitennou, that it’s a lot of fun to think about the possibilities. For example, we know that each of the Four Kings governed over a different region, but did they also have their own military specialty, perhaps? Things like this just fascinate me.

That said, if you happen to be a military uniform historian, I’d love to hear from you! Any theories, head-canon or otherwise? Let me know down below!

6 thoughts on “What Was the Inspiration for the Dark Kingdom’s Uniforms?”