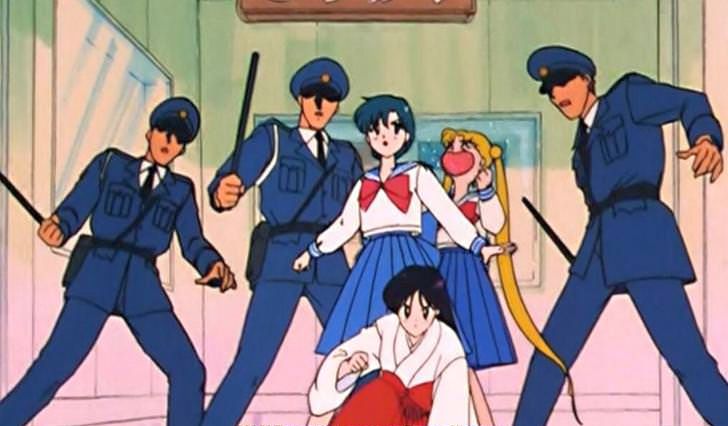 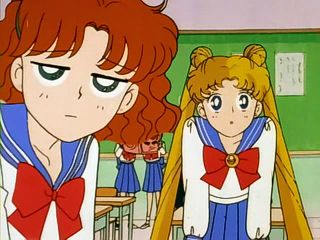 No, we’re not talking about Naru Osaka yet…

In case you’ve ever been curious why you always hear about the Hanshin area in Japan but can’t seem to find it on a map, it’s because it doesn’t actually exist. At least not technically.

As Wikipedia so eloquently puts it, the Hanshin (阪神) name is “derived from the second kanji from Osaka (大阪) and the first kanji from Kobe (神戸) (but in on-reading instead of kun-reading) [and is generally used to refer] to the area between Osaka and Kobe in the Kansai region of Japan.”3

So for all none of you who were being kept up at night by this mystery, you may now rest easy.

Now that we’ve got that out of the way, back to the Sailor Moon musical! 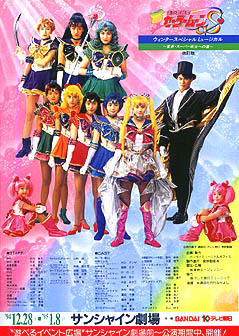 “The Path to Become the Super Warrior” poster

As fate would have it, the last performances of their month-long musical tour took place at the Theater Drama City venue in Osaka on January 15 and 16.5

After finishing up their final show on the evening of January 16, the cast and crew spent the night in a hotel near Osaka before they were to return to Tokyo the following day, on January 17. At 5:46 am, however, all plans were put on hold when the earth heaved and the entire Hanshin region trembled with it.

I was just 9 years old and living in America when it happened, and yet I still remember the images of the destruction being aired on US news programs.

Even with on-site television broadcasting and radio reporting, information was still what we would consider “slow” compared to the always-connected world we live in now. For much of that first day, apparently large numbers of Sailor Moon fans were concerned about the well-being of their favorite real world representations of the Sailor Team that the Bandai offices were flooded with calls asking about the cast.6 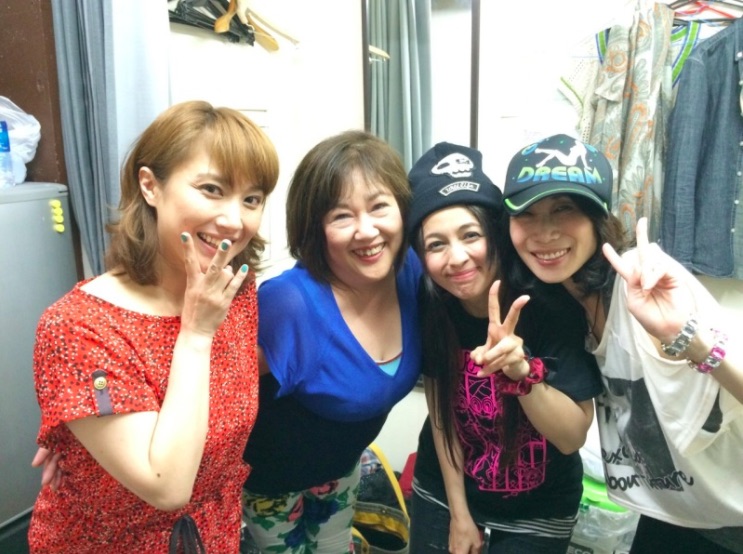 Fortunately the hotel that Anza, the cast, and supporting musical staff were staying in didn’t suffer any major damage and, with the exception of their return getting pushed back a day, they didn’t suffer from any major problem.

It’s all a pretty sobering experience when you consider just how even a simple choice as staying in another hotel could have had a wildly different outcome, and lasting impacts on the Seramyu musicals for years to come.

Alas, this wasn’t the only impact that the Hanshin earthquake would have on Sailor Moon franchise. It would even go so far as to impact the series’ canon itself, even if in a very indirect way.

ChibiUsa’s Picture Diary 4: The Secret of the Hammer Price Hall

We’re talking about the ChibiUsa Picture Diaries, of course! More specifically, “The Secret Hammer Price Hall,” which was the fourth and final side story in the series, which was carried in the August 1996 issue of Nakayoshi’s sister magazine, RunRun.

In the interest of being fair, I’d say that the ChibiUsa Picture Diaries are only debatably considered a part of the Sailor Moon series canon. Some people would like to include them, some don’t. Personally, since they don’t actually conflict with anything else that we know about the Sailor Moon universe, I’d count them as canon. Whether you want to, though, is up to you.

So what is the “Secret Hammer Price Hall” about? Well, in a nutshell, it stars Hotaru, ChibiUsa, and her gyaru friends Ruruna and Naruru as they decide to help a friend save his pawnshop. They inadvertently awaken a Genius Loci and bad things happen.7

What makes this story especially unique is that Ms. Takeuchi offered up an appearance in this manga through the auction/variety/comedy TV program Tunnels Hammer Price.8 The show was famous for letting people bid on opportunities to appear in manga, voice a character in a Studio Ghibli movie,9, go on a picnic with a famous actor, have a chance in the ring with a wrestler, and more.

100% of the money earned through the auction was given to the Japanese Red Cross Society to go assist the victims of the Hanshin earthquake. 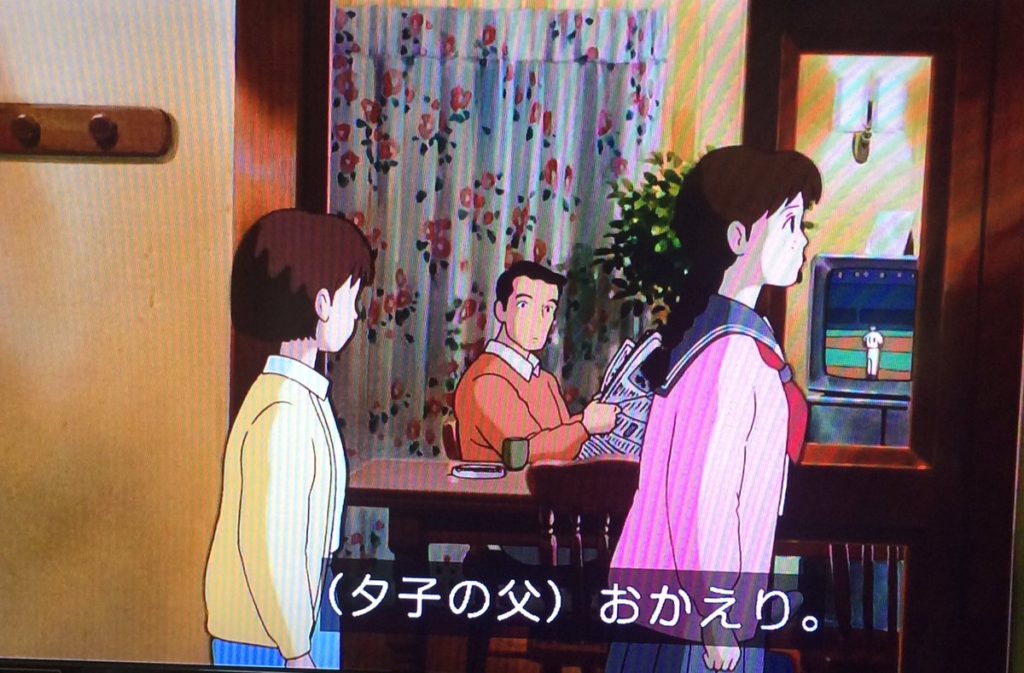 Though I can’t find any corroborating evidence, according to one Twitter user’s memory,10 the winning bid to appear in Sailor Moon was around 2 million yen, or approximately $20,000 USD.11

In addition to the winning bidder getting a supporting role as pawnshop owner Makoto Hanmastsuura,12 several other connections to the manga’s beginnings are apparent in the story, the most obvious of which being the story’s title, Hammer Price, coming from the TV program that spawned it. 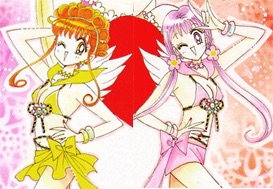 Less obvious, though, is the connection with ChibiUsa’s friends.

Naruru Osaka is the younger sister of — shock! — our favorite Osakan-but-not-really, Naru Osaka. Her best friend and partner in crime is named Ruruna Kobe.

Yep, they’re a throwback to the Hanshin earthquake connection.

Now, I’ll leave the debate on the quality of the Hammer Price story to better-informed Sailor Moon critics than myself,13 but I do think it’s an interesting addition to the Sailor Moon storyline. The addition of the charity auction backstory, and the influence that had on the characters appearing in it, also fascinates me.

If you haven’t read the story, I encourage you to give it a shot and see what you think. If you have, I’d love to hear your thoughts on it! Would you consider it a part of the canon? Why or why not? Let me know down below!

5 thoughts on “How Was Sailor Moon Affected by the 1995 Hanshin Earthquake?”