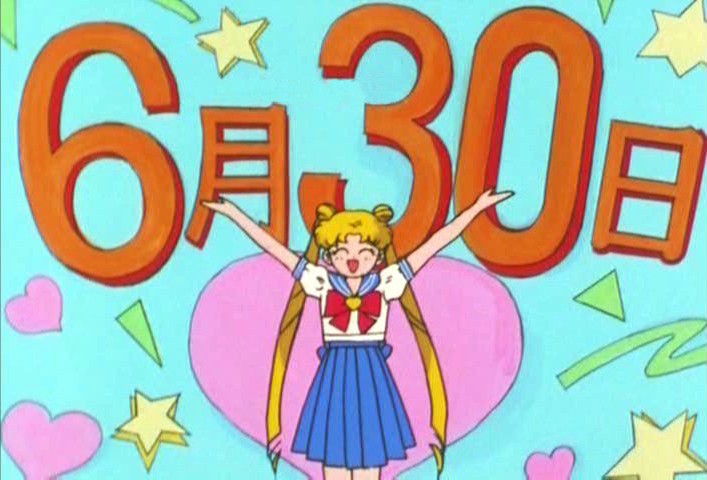 As for why Ms. Takeuchi made such a big deal about birthdays, that’s something that I covered previously regarding why ChibiUsa and Usagi have the same birthday, but a brief refresher never hurt anyone.

As it turns out, Ms. Takeuchi wasn’t referring to the Zodiac signs1 when she was assigning birthdays to the characters — at least not directly. What she was probably looking at was the ruling celestial body of each of the signs. For example, the “ruling body” of Cancer (Usagi’s star sign) is the Moon.2

This same connection plays out for all the other Sailor Soldiers, which neatly explains away how they ended up with their respective birthdays.

So now that we know what their birthdays are and why Ms. Takeuchi chose them, it’s time to take a look at the second part of our question: what impact does this have on their grade in school?

Read also:  Where Is the Supporting Cast of the Live Action Sailor Moon Today?

Quite simply put: Usagi absolutely cannot be in her second year of junior high school (~eighth grade) and still be 14 years old… at least not when the story takes place.

Your grade in Japanese school is, unsurprisingly, determined by how old you were on April 2 of a given year.3 That means that all students in a given class will have been born between April 2 and April 1 of the following year. Put simply, you start the first year of elementary school at 6 years old, and end at 7. You start the second year at 7 years old, and end at 8. Pretty simple, right?4

Except that’s where things start getting ugly.

The second year of junior high school, where the story of Sailor Moon begins, covers the ages of 13 (start) and 14 (end). Since nearly every single manga act and anime episode kindly reminds us that Usagi is in her second year of junior high school and 14 years old, that means that the only option would be for the story takes place after Usagi’s birthday (meaning that the story starts from July 1, at the earliest).

Unfortunately, the manga makes it pretty clear that isn’t possible, since Naru’s cousin’s wedding is set to be in June.5 Usagi also makes mention of celebrating Mamoru’s birthday in the Black Moon arc, so unless the Dark Kingdom arc took less than 3-4 weeks, this theory is definitely a bust. Note, though, that the anime seems to take place over a much longer time scale, so there may still be some hope in the anime at least. 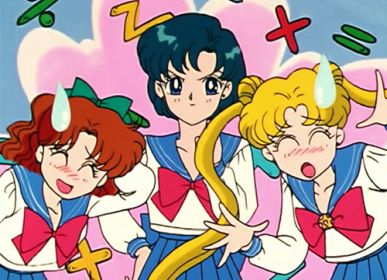 So what about the rest?

With Usagi out of the way, what about the other Sailor Soldiers?

Whether Haruka and Michiru work is a bit of a harder question to answer. We know that they’re supposed to be 16 years old and in the first year of high school in the Infinity arc. However, since Haruka (January 27) and Michiru (March 6) were born in the last quarter of the school year, I’d say that their ages are also probably incorrect.

Since the first year of high school covers ages 15 (start) to 16 (finish), that would mean that the Infinity arc starts mere weeks before the next school year begins, as it necessarily needs to be after Michiru’s birthday.

So to make an incredibly long story short, nearly all of the ages provided for the Sailor Soldiers don’t work for their year in school, unless you really restrict when the story takes place.

Unfortunately, this doesn’t mean Usagi is exempt from school

Though I understand the importance of Usagi being in the eighth grade, I’m not really sure what was going on with the assigned ages for the Sailor Soldiers, since this complicates a lot of the details of the story and the timeline. Was it just an innocent oversight, or did she dislike the idea of some characters being older/younger than others?

In terms of trying to make sense of it all, there is one small tweak that we could make to the “facts” in the series to help things make a bit more sense: it’s entirely possible that Usagi, being the mature lady she thinks of herself as, is rounding up her age in her introductory speech, seeing herself as “practically 14” in her own mind. It’s a bit of a reach, sure, but if she’s 13 and just counting up to her next birthday, that would explain a lot!

That’s at least my take on the situation — now it’s your turn to let me know how you think this all works out! How would you address the issue of Usagi’s age? And what about how Haruka and Michiru fit in to all this? Let me know down below!

33 thoughts on “Are the Sailor Moon Characters Too Old For Their School Grades?”