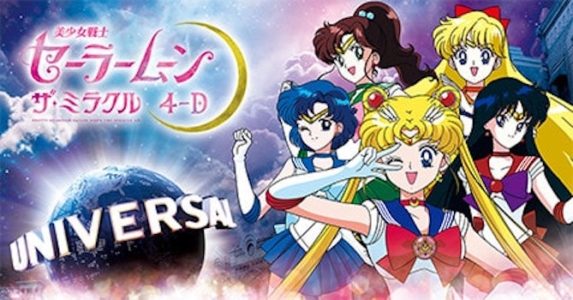 If you’re anything like me, the moment you heard that there was going to be a real, live Sailor Moon attraction opening up at Universal Studios Japan (USJ), you were probably overcome with excitement. This is very likely the one and only time that we’ll ever be seeing the Sailor Soldiers in a theme park setting, so we’re going to need to make the most out of the experience.

Now that we’re only two months out from the unveiling of Sailor Moon: The Miracle 4-D, it’s about time that we take a look at what USJ has in store! 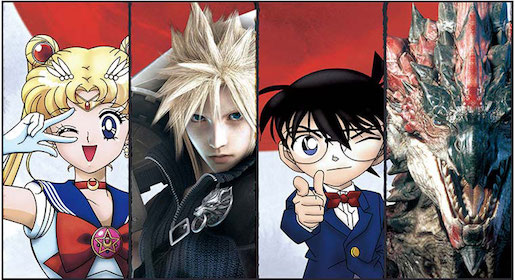 For those who don’t know what I’m talking about, Universal Studios Japan — located just outside of Osaka — has launched a program titled “Universal Cool Japan 2018: Raise the Heat on Japan’s Cool.”1 The event is set to run from January 19 to June 24, 2018 and features some of the biggest names in Japanese media:

While I’m actually a big fan of almost all these series and would love to ramble on about all the details, for the sake of conciseness, we’ll keep to just the Sailor Moon part of this program.

First, some bad news: the Sailor Moon related events start off later than the rest, and will only be available from March 16 to June 24, leaving fans with just three months to schedule in a trip.

With that out of the way, what exactly will fans be able to expect to see? Glad you asked! 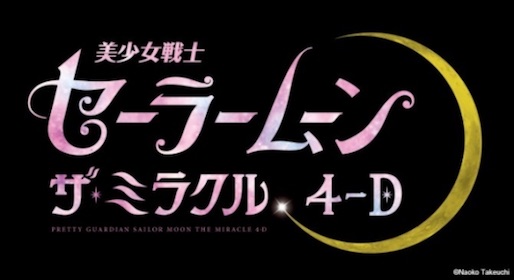 Not satisfied with a downright tiresome 2- or even 3-D, USJ adds a whole extra “D” in Sailor Moon: The Miracle 4-D to keep the magic alive.

Seriously, though, “4D” basically means that it is a 3D movie combined with other elements in the theater such as fans, sprinklers, vibrating chairs, etc. to make for an even more immersive experience.

USJ is still tight-lipped on the plot of the movie, but we do know that it will feature an all new story starring multiple Sailor Soldiers, and — possibly most exciting for me — will take us into the iconic transformation scene.2

Sounds exciting to me! 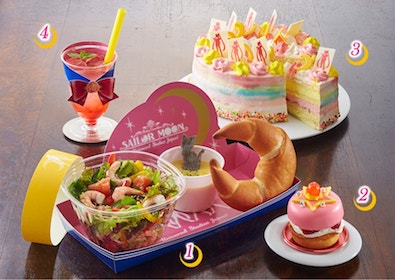 As you may or may not know, I’m a sucker for any food that is themed after an anime, game, or other series — and that goes double for Sailor Moon.

Though the actual cinematic experience won’t be starting until March, at least the food is available for purchase now. 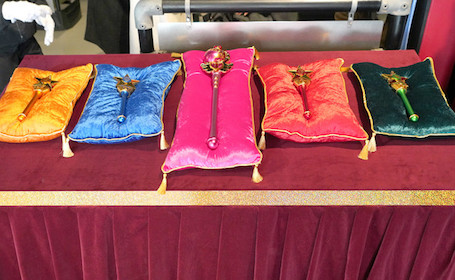 As a nice little bonus to the experience, USJ has provided a spot for fans to take photos in front of a backdrop of the Earth (as seen from space) and also offers high quality replicas of the Cutie Moon Rod and the rest of the Sailor Soldiers’ Star Power Sticks to pose with in the pictures. 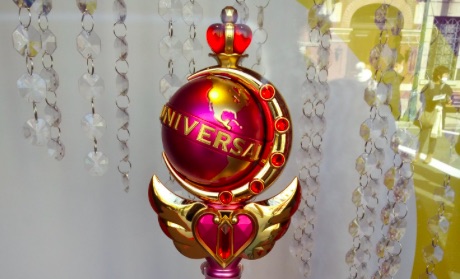 Was the Universal logo REALLY necessary??

My only real gripe about this is that while they seem to have done a really good job at making their replicas on point — almost on par with the Proplica line, from what I can see — USJ decided to turn the ball of the Cutie Moon Rod into an obnoxious Universal globe, with logo and all.

Never willing to let a chance to sell fans new products slip by unused, a selection of Sailor Moon merchandise was recently announced and available for purchase in the park:

As a bit of an aside, I absolutely understand that I’m in the minority here, but as a male fan of Sailor Moon I really do wish that they would provide more products that I could actually wear or otherwise use. The hair clips and headbands are cool and all, but that’s not really gonna work for me, sadly. 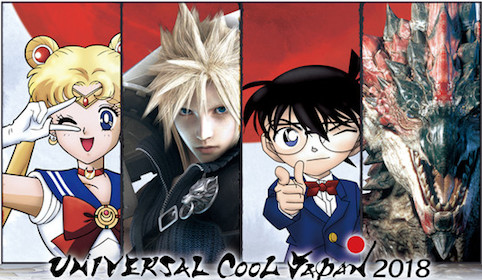 And that about sums up everything we know at this point! I’m sure more information will be announced slowly to keep the excitement up, but I’m already pretty much sold on this experience. The biggest question mark is what the show’s going to be like, since that could make or break this whole event.

This is all pure conjecture on my part, but judging by the fact that the Compact Cake is designed after Sailor Moon’s brooch in Sailor Moon R and, that the posing items are also from the same season, my best guess would be that the movie would probably be set around the Black Moon Clan story arc. In fact, the original promotional art was even redone to change Sailor Moon’s brooch, which adds a bit more support to this theory. Alas, we’ll have to wait until March until we know more!

Is anyone planning on going to this event? I’d love to hear from you!

6 thoughts on “What Kind of Sailor Moon Events Will Be at Universal Studios Japan?”