Did someone say ‘idol’?

While many would associate Japan’s fascination with idol groups with the meteoric rise to popularity of AKB48 and the many other groups, anime, and games that have spun off from the concept since then, Japan’s love for school-aged sweethearts actually goes back several decades.

But what does that have to do with our favorite Sailor-suited guardians of justice?

Well, as it turns out, idol culture played a pretty role in engaging fans and keeping them hooked. Today we’re going to take a look at the idols that created Sailor Moon as well as the idols the series in turn created! 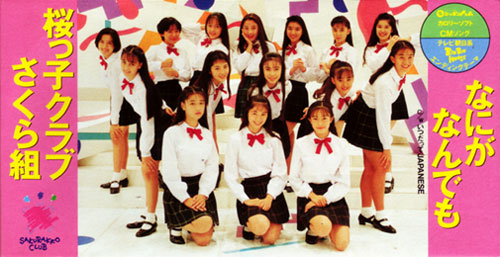 Though it’s hardly a secret that Sailor Moon was initially launched with the intention of creating a mass-media blitzkrieg, what’s lesser known is all of the business partners who were pulling strings in the background to make it happen.

Sakurakko Club, a Japanese pop idol group and TV program active between 1991 and 1994 on TV Asahi,1 played a particularly influential role in getting Sailor Moon off the small screen and onto the stage while also lending their voices to some of the series’ most memorable songs.

“But Jason,” I hear you scream to the gods in a desperate attempt to transmit your voice through the information superhighway, “what does that have to do with idol culture influencing Sailor Moon‘s rise to popularity?!”

Well, my ever helpful segue device, a lot actually! 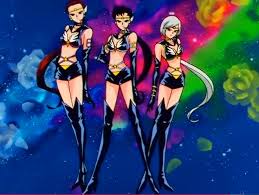 Star Fighter, Star Healer, and She Who Shall Not Be Named

Of course the Three Lights serve as a convenient low-hanging fruit in this matter, one could easily argue that it was in fact the original Sailor Team, the Inner Senshi, who were structured around the concept of an idol group.

We’ve got the five distinct personalities and character designs (for the most part) and, what’s more, they’re even sporting the ever-popular sailor school uniforms! It’s a win-win all the way around.

While Sailor Moon was by no means the originator of this kind of group dynamic, where it really excelled was in ensuring that each of the Sailor Senshi were fleshed out enough to make them a valid “favorite” character. Though some characters got more love than others at the polls, they were all wildly popular in their own right.

The fan attention garnered by each of the Sailor Senshi was so intense, in fact, that it spread to their respective voice actresses as well, eventually resulting in Kotono Mitsuishi (Usagi), Aya Hisakawa (Ami), Michie Tomizawa (Rei), Emi Shinohara (Makoto), and Rica Fukami (Minako) coming together to form their own idol group known as “Peach Hips.”

Though the “group” only actually performed on stage several times in 1993 and released no CDs of their own,2 they performed covers of a variety of Sailor Moon songs and even performed a never-rereleased Obon dance rendition of “I am Sailor Moon.”

Most notably, perhaps, is that these performances were largely a labor of love for the voice actresses. In fact, according to Kotono in a 2013 interview:3

Or for those who would prefer their interviews in English:

We had nothing like the kind of backstage support for seiyuu events and the like back then, so everything from the practice sessions to the costumes, and even the choreography, was all just kind of thrown together by all of us.

More specifically, these young voice actresses all came up with their own choreography together on the fly and practiced at each other’s houses.4 Pretty impressive, I must say! 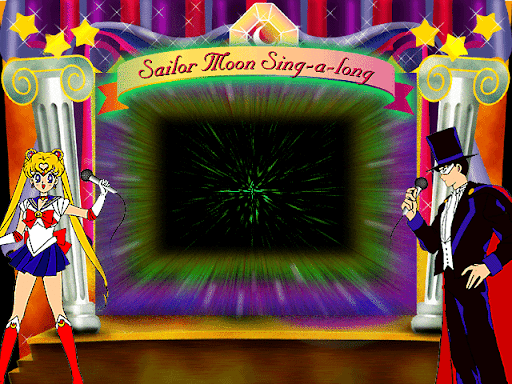 So where does that leave us? Well, as per usual, the world of Sailor Moon and the circumstances surrounding it are complicated and involved a lot of moving parts.

Much can be said about how the story played with themes of love, friendship, transformation, and the “happily ever after” princess. However, as we saw with Ami’s massive popularity among the older male otaku crowd, there’s also a compelling argument to be made about how both incorporating and reinforcing the thriving idol culture into the anime also played a significant role in keeping Sailor Moon in the limelight.

After all, how many kids are actually interested in voice actresses in the first place? If you watch any of the videos of Peach Hips’ performances, you’ll notice that the audience skew s heavily toward the older male demographic — something we rarely talk about when discussing Sailor Moon.

At least that’s my take on the situation! What do you think about all this, and how much of a role do you think idol culture has played in the development of more recent anime? I’d love to hear your thoughts down below!

5 thoughts on “How Did Idol Culture Contribute to Sailor Moon’s Success?”